KARACHI, Pakistan: The Centre for Social Justice (CSJ) on Monday organized a seminar wherein the civil society groups strongly opposed any proposals for representation of faith communities which may deepen the religious divide or complicate the identity question as Pakistani.

The participants resolved to appeal to the parliamentary committee formed for electoral reforms, to remove discrimination and marginalization on the basis of religion and gender in electing the representatives on reserved seats should oral process. 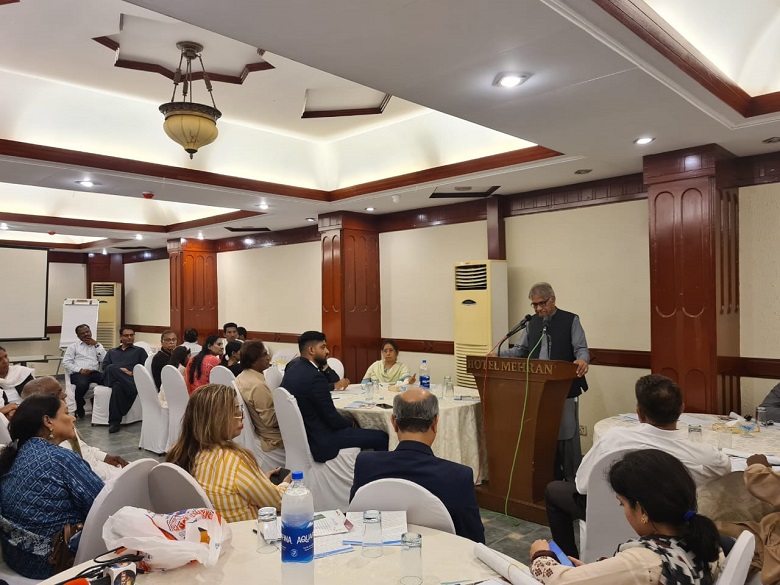 Peter Jacob, the Executive Director of CSJ, observed that separate electorate, introduced for religious communities in the early 80s, did not allow them to vote beyond their religious identity. The separate mode of electorate created divisions among citizens on religious lines, and introduced apartheid in the political system between the religious communities. The mode of separate electorate was replaced with a system of proportional representation after a long struggle for a joint electorate in 2002, which allows the political parties to nominate minority representatives on the reserved seats for minorities and women, and allows the minority electorate to vote for candidates beyond their religious identity. He noted that demanding the revival of a separate electorate for minorities is unacceptable, as it has created a religious divide in society. On the other hand, proportional representation under a joint electorate is a better system, which has been proven an enabling factor to build ties among candidates and the electorate and help improve mainstreaming of minorities.

The participants agreed that the electoral reforms must be introduced to improve the capacity of the democratic institutions, and transparency in the democratic process.

They observed that the cabinets have to co-opt non-elected members from out of parliament as special advisors, due to a lack of expertise among the elected members to run the business of the different government bodies as important as the finance ministry. Since the incorporation of experts in the cabinets has been necessary, so the scope of representation of technocrats in the national and provincial assemblies should be increased substantially (30 to 40 percent of the total) which will help increase the value of reserved seats.

The participants observed that the results of 6th Census, taken in 2017, have been disputed by several stakeholders and are, therefore, not helpful for comparative analysis. The census results showed a considerable loss of religious diversity in Pakistan, which is lamentable.

They emphasized that the trust in the next population census by the political parties and marginalized groups could only be built by proper preparations and participatory accountability to ensure an expeditious, transparent and credible population census.

The meeting was joined by notable politicians and human rights activists including; MPA Mangla Sharma, Kapil Dev, Pirbhu Satyani, Safina Javed, and others.

Mati
Mati-Ullah is the Online Editor For DND. He is the real man to handle the team around the Country and get news from them and provide to you instantly.
Share
Facebook
Twitter
Pinterest
WhatsApp
Previous articleAzerbaijan’s Envoy meets Minister for Overseas Pakistanis
Next articleshahzaib khanzada pictures with wife Pakistani News