“India is historically a coward enemy of Pakistan and she always tries to take benefit of dark velvet nights to intrude into Pakistan but always had faced wrath of Pakistan Air Force, Pakistan Army and Pakistani Nation and ran away from failed action with licking wounds”.
This was expressed by Group Captain (Retired), Sultan Mahmood Hali in an exclusive interview with Dispatch News Desk (DND) News Agency in reference to remember heroic action of Pakistan Air Force which gave another historic defeat to Indian Air Force which lost its two fighter jets in a dogfight when it (Indian Air Force) dared to reenter Pakistani boundaries on the morning of on February 27, 2019.

India was in deep trouble as it was going to hold general elections in May 2019; however, Prime Minister Narendra Modi had done nothing during his previous tenure; therefore, he had a slim chance of getting re-elected so he resorted to a false flag operation on February 14, 2018 in Pulwama and straight away blamed Pakistan. On the contrary, Pakistan had ample evidence to show that it was a choreographed and self-orchestrated plan to blame Pakistan.
The matter did not end here because Modi wanted to create a high drama not only to raise morale of his people but also to make himself sellable to the Indian masses that he was a mighty leader who had taught Pakistan a lesson.
So, on the evening of 26th February 2019, it was decided by the Indians to launch a surgical strike. It was apparently a very bold action because 12 Mirage 2000 of the Indian Air Force (IAF) intruded into the Pakistani territory crossing the Line of Control (LoC) and reached Balakot, a town in Mansehra District of Pakistan’s northwestern Khyber Pakhtunkhwa province. The Pakistan Air force (PAF) was not sleeping so by the time our fighters reached there, the Indian aircrafts plunged into the panic and dropped their payloads that included Israeli-made Spice 2000 Air to Surface Missiles, so Israel must also take into consideration that Indian pilots missed every target with their accurate Spice 2000 Missile and fled.
The Indian misadventure triggered an anger in Pakistan as how its enemy dared to cross the border in the darkness of the night and violated Pakistan’s sovereignty.
The government of Pakistan under the leadership of Prime Minister Imran Khan decided to take a retaliatory action in broad day light the very next day on 27th February 2019. By the way, India had claimed to have killed 350 so called Jihadis of Lashkar-e-Taiba (LeT) and Jaish-e-Muhammad (JeM) by destroying the Jihadi training camp but actually they failed to harm not even a single soul apart from destroying a few pine trees.

In fact, it turned out to be a failed operation because there was no training camp over there; rather, in the near vicinity there was a small local village madrassa (religious seminary) which was also missed by the Indian pilots. However, Pakistan gave a befitting response and left Indians in a state of shock on 27th February. Its response was a total surprise for the Indians who had already been trapped into false element of grandeur that they are superior to Pakistan.
The fact is that in 1965 and 1971 Pak-India wars, despite the numerical superiority of IAF over Pakistan Air Force, the latter subjugated its arch-rival. In East Pakistan where one PAF Squadron had to face 10 Indian Squadrons, yet they fought bravely till the runways at the Dhaka airport were bombed and operations had to be ceased.
The Squadron leaders Sarfraz Rafiqui (Shaheed), Alauddin (Shaheed) & Munir-ud-Din Ahmed (Shaheed), and the Flight Lieutenant Younus Hassan (Shaheed) etc all are the proud heroes of PAF. Carrying the same legacy of those martyrs, the PAF pilots on 27th February targeted the Command Headquarters across the LoC and designated the targets with laser designators. It means that it highlights the target with laser designators and when missiles are being fired they follow the path which strike the designated target accurately and precisely.
The PAF pilots locked and designated nine important targets but being a peace loving person, the Prime Minister of Pakistan did not want the escalation and issues the orders that pilots first fix the targets and then strike uninhabited adjacent football field. The PAF proved this claim with the release of the videos made by the fighters that shocked the entire Indian army.

The PAF Mirages then lured the shocked-in-disbelief IAF interceptors who crossed the LoC where a fresh batch of PAF fighter aircraft pounced on the IAF intruders. The PAF Shaheens locked on to six IAF intruders but the prime minister, who wanted to only teach the Indians a lesson but not escalate the tension, had given clearance to shoot down only two IAF fighter aircrafts. Being a disciplined force, the PAF complied and shot down an IAF MiG-21 and captured its pilot Wing Commander Abhinandan alive. We also shot down an IAF SU 30 which was one of the superiors most in the inventory of IAF. Its wreckage fell in the Indian Occupied Kashmir and its pilot did not survive. 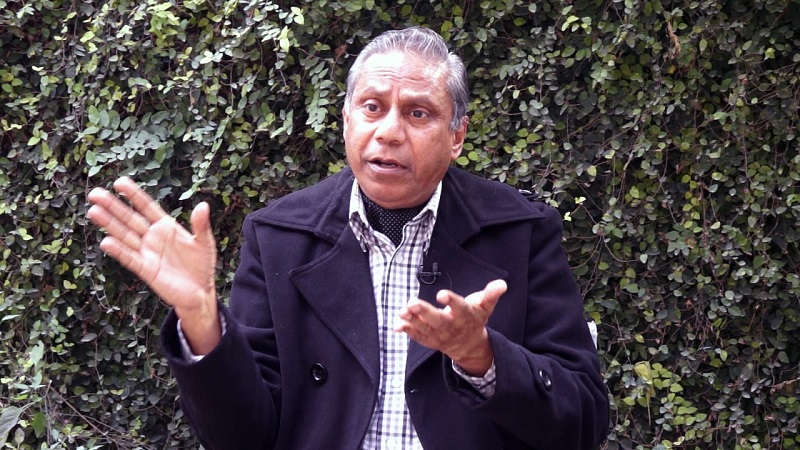