By Mansoor A. Qazi

Air Chief Marshal (Rtd) Sohail Aman Former Chief of Air Staff, Pakistan Air Force (PAF) is known as a man of unexceptional leadership qualities.
Born in 1959, he graduated from the PAF Public School in Sargodha in 1977 and joined the Pakistan Air Force in 1978 and thereafter gained commissioned as GD Pilot.
Aman attended the Air War College in Karachi where he attained the master’s degree in Strategic studies, and later went to the United Kingdom where he attended the King’s College London graduating with MA in Defence studies in 1980. 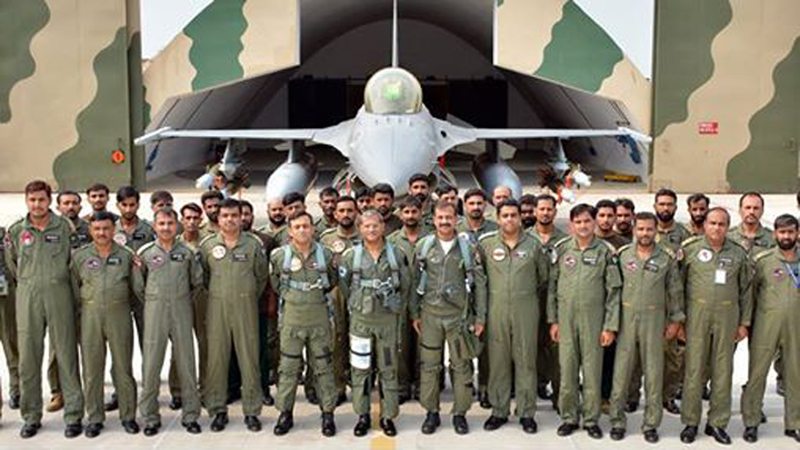 Known for his love for flying fighter jets, he used to lead several flying events within Pakistan and abroad by flying F-16s and other fighter jets even while serving as Air Chief of Pakistan. He had been a heroic example for his flying officers in Pakistan Air Force. 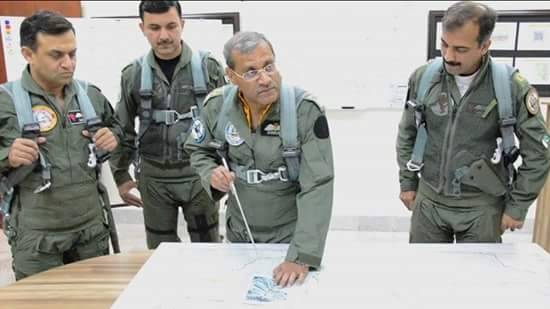 His tenure as Air Chief (2015-18) was time when Pakistan was fighting war against terrorists in restive tribal areas and Pakistan Air Force (PAF) was the leading force to mitigate widespread terrorists’ pockets in difficult terrain. He would be remembered for all times to come for his heroic role when he himself led several bombing mission while flying F-16 aircraft for targeting terrorist’s hideouts. 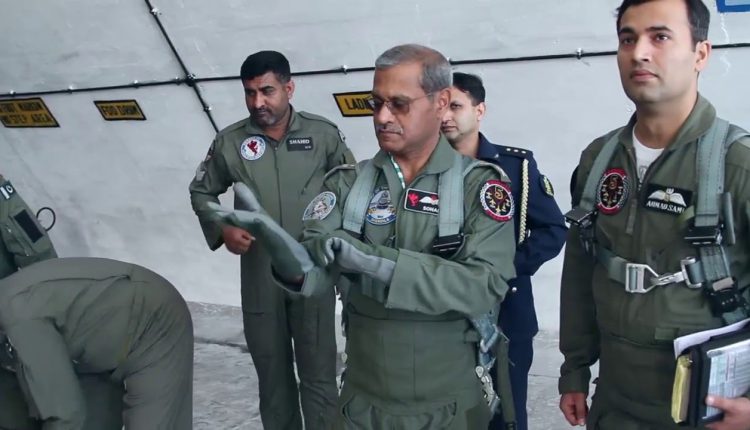 This writer had an opportunity of holding an exclusive conversation with Former Chief of Air Staff Air Chief Marshal (Rtd) Sohail Aman in connection with remembering heroic action of Pakistan Air Force which gave another historic defeat to Indian Air Force that lost its two fighter jets in a dogfight when Indian Air Force ventured to reenter Pakistani boundaries on the morning of on February 27, 2019.
My questions to him for Dispatch News Desk News Agency and his answers are hereunder:
Q: What lesson (IAF) Indian Air Force learnt from Feb 2019 Dogfight?

Answer: India lied at all levels. They tried to show their defeat as success which bounced back badly. Their rhetoric didn’t end as their leadership both Political and Military kept building up this facade and lying in front of the world which blew up in their faces eventually. “My advice to Indian Air force (IAF) would be to focus on training not Raffles.”

Answer: Indian Air force is 2.5 times greater than Pakistan Air force in terms of its size and technology but what IAF seriously lack is “Focus”.
On the contrary, PAF irrespective of its smaller size is battle hardened and professionally trained to deliver its 100% against all odds. PAF is in habit of taking on challenges in a ratio of 1:3 effectively and successfully.

Question: In your Opinion was 27th Feb 2019 a historic day for Pakistan and PAF or just another day out on the field?

Answer: Well 27th Feb 2019 was not another day where as it was the manifestation of the hard work of years which PAF put in and this day is an important milestone for the history of Pakistan Air Force. India miscalculated the situation altogether after February 26, 2019 development and thought that Pakistan will not respond, whereas PAF responded professionally and with heroism. Pakistan as a Nation had shown great resolve. PAF once again proved not just to India but to the whole world that Pakistan is capable of defending its honor and sovereignty. We are a force to reckon with.

Question: What are the factors behind this astounding success?

Answer: Success of PAF was attributable to focused training. We were able to achieve all this due to untiring efforts and persistent hard work lead to perfection in the task at hand. Whereas how much IAF are focused is a big question which they need to ask themselves.

Question: What message would you wish to give to the people of Pakistan and young officers of PAF?

Answer: Pakistan is a resilient Nation. The Armed Forces of Pakistan have always been working on one-point agenda which is prosperity of Pakistan. Our driving force is the love of our beloved Nation and the trust of the people of this Nation in their Armed Forces. We are willing to lay down our lives without a second thought for our Motherland.
As far as the officers of PAF are concerned my advice to them is that they should do their work with perfection and dedication.