Glorious History of Pakistan Air Force: February 27th 2019 is the Day of National Pride for Pakistanis

It was early hours on Pakistan Television Islamabad studio on February 26th 2019 before going live for our regular early morning talk show, while preparing for the topics and outline of the program based on newspapers published material, in a red alert style, the screens of PTV and other TV news channels started flicking with the tickers of an Indian Air force attack at Pakistani area of Balakot, some 80 kilometers inside the line of control-LOC in the Hazara region of KPK province.
At these early moment, details of this unprovoked attack was unknown to most of us but claims being made by Indian media attributing to Indian defense officials was logically unacceptable and clearly seemed over exaggerated. ISPR, the Pakistan army media department had yet to make any official announcement, but based on our own understanding of the demography, topography and nonstrategic location of Balakot, even at the very outset, it was very difficult to accept Indian superficial claims of damages and killings.
All four of us had a difference of opinion weather to take the issue seriously and incorporate in the program or not as we all knew that Indians were planning for another Pulwama style false flag operation because being part of Indian control Kashmir valley, Pulwama operation completely failed to create desired impact, Modi administration desperately looking for coming general elections.

Our senior most member Azeem Chaudhary and International fame journalist Agha Iqrar Haroon both were of the opinion that it is yet another false flag operation to once again cheat Indian voters aiming to win their support by creating a hoax and further fueling the Hindutwa flames, a guarantee of election win for failed Modi administration.

Eventually with the final consultation of our senior producers Akram Chaudhary and Shafqat Shah, we decided to include the issue in the program because not only ISPR did issue some of the details but also the international media started raising doubts upon the high claims of Indians.
We took the issue as lead story and even completing the hour long scheduled program, we had to sit down again for live transmission that continued till noon in which we explored all possible scenarios of this unprovoked sovereignty violation and false claims that immediately proved to be fabricated and incorrect. Pakistan announced not imposing any restriction over local and international media and neutral observers to visit the site to witness Goebbels styled propaganda claims of Modi administration.

Before we finished our second session of live before noon, it was not only proved that Israeli made Spice 2000 guided bombs missed all targets and turned out to be unguided and total failure in achieving any of the targets and effectiveness in the hot zone but also proved that how covertly this operation was designed by IAF that has undermined the professional ability of four times bigger air force upon its rival Pakistan.


As a journalist who had covered war against terror and proxy militancy in Pakistan by fake foreign sponsored separatists, I immediately realized that in order to give political support to fanatic Indian government to avoid imminent shameful defeat, Indian defense establishment had executed this ill-conceived, badly planned operation based of half cooked mostly incorrect intelligence information.
The operation can be declared successful from three aspects. First IAF committed a war crime by violating sovereignty of Pakistan and violated international laws by criminally sneaking into Pakistani airspace in the night. Secondly they have once again proved their incompetence in all war related aspects of any military paradigm, and thirdly India has provided Pakistan an opportunity and legitimacy to take its own course of action to make the things right and respond in our own way. 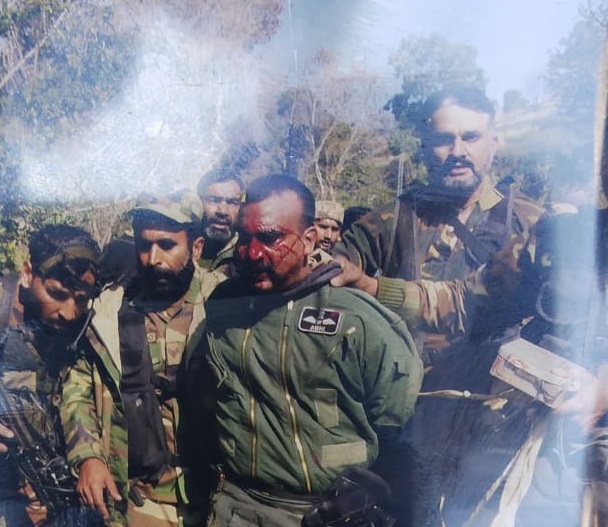 While leaving the PTV Islamabad center the same afternoon with heavy heart, it was a difficult day for me and until evening I kept following the developments as it was a developing story and journalistically arguing, has yet to unfold in coming hours and days.
I could easily felt that war mongering of Modi for political gains has seriously brought both nuclear armed rival countries of South Asia on the brink of war, if sparked could destroy the whole world as my understanding of the power dynamics and ground situation helped me to realize the gravity of the situation that in case of full-fledged war, within no time it could turn into nuclear war. Not many European journalists able to assess this threat as mostly see and analyzes South Asian region with specs of their respective governments.
When in the late evening I saw two faces at the TV screen, The Prime Minister Imran Khan and Amy Chief General Bajwa, I immediately came to the conclusion that they had made their mind of responding to aggressors in the same style to teach them a lesson in befitting manner, but definitely I did not know when and where? Yes one sentence of the then Army Spokesman, Maj general Asif Ghafoor kept buzzing in my ears “we will respond at a time and place of our own choice”.
By the night falls, it was proved beyond any iota of doubt that not a single loss of property or person occurred because upon pursuit by PAF eagles, Indian fighters flee in haste by dropping all their fuel tanks and payloads in the jungle outside Balakot. Even the Indian media after chewing official version for several hours, started raising doubts because International media and neutral observers reached the spot and disclosed the reality of Indian false claims. But the international media never accepted the Indian claims because Pakistani side was totally open for them to visit and witness anything they wanted. Here truth defeated the blatant lies in front of whole world.
Being a journalist and also as proud Pakistani, I was confident that I may not have to wait longer and next morning when we all gathered again for the same live program, good news, full of pride and enthusiasm was waiting for us. I was so excited that I reached PTV Islamabad studio much earlier and tears were setting my cheeks and we all were shouting Nara-a-Takbir Allah-O-Akbar on the response we gave to covered enemy that was successfully entrapped by our brave PAF pilots.
One by one, all four of us, live on national television kept telling, educating and congratulating our fellow Pakistanis that what our heroes have done to incompetent covered enemy and taught them a lesson that may not be forgotten for decades to come. It was a historic debacle and shameful defeat to four-time bigger enemy.
We kept discussing the overall situation in a cheerful way but never lost control over decency and did not resorted of using foul language against enemy leadership as Indian media was doing. That was a stunning moment for Indian media when they were trying to portray a debacle as victory but two shot down planes wreckages, one corps of pilot and live Abhinandan enjoying Pakistani tea sip by sip, were undeniable proves of Indians shameful defeat. The whole country was watching us, getting inspired by knowing the meritorious and exemplary performance of our Eagle Warriors, national heroes. Especially Wing Commander Noman Ali Khan and Squadron Leader Hasan Mehmood Siddiqui were being introduced as new heroes of Pakistani nation belonging to PAF who once again established air superiority over India as it was always been done by other PAF heroes.

M.M.Alam was legendry PAF pilot who for the first time remind the world that why we called them Shaheen because the same way our fighter pilots approach and shot down enemy planes. M.M.Alam shot down 5 Indian Hawker Hunter aircrafts with his F86 Saber flying ace on September 7th, the second day of Indian first full-fledged war against Pakistan. Overall during 11 days MM Alam destroyed 9 Indian jet fighter planes.
Squadron leader Sarfraz Ahmed Rafiqui, Rashid Mihas, flight lieutenant Imtiaz Bhatti, 8 pass Charlie are few amongst the galaxy of Shining stars of PAF who taught many lessons to four times bigger enemy, the IAF by shooting down dozens of planes. Wing Commander Noman Ali Khan and Squadron Leader Hasan Mehmood Siddiqui are the new induction of this galaxy that shot down two Indian planes on the same 27 February 2019 that also resulted the arrest of Wing commander Abhinandan.

It was not just my professional duty to tell the truth, but also a national responsibility as a member of senior journalist team, to explain as to how Pakistan Air force brave fighters crossed LOC in broad day light and locked 9 different sensitive military targets and instead of destroying them, we deviated and shot nearby locations as par plan and return back safely as Indian Army Chief was also present in one of the locations but intentionally spared to leave psychological scars that would never heal.
The videos and pictures taken from the attacking PAF fighters have given ample proof of our claims as all those claims were critically analyzed and eventually admitted by neutral international air force & military experts but Indians failed to establish even a single claim they made. Pakistan once again proved its intention of not choosing war an option and that was the reason Abhinandan Warthaman was released as a gesture of goodwill.

When PAF heroes were making the history in 1965, I was not born yet and read all this in history and also listened from seniors but this time I was lucky enough that I saw my heroes and introduced them to my nation while sitting at the State Television, for which I am proud of like rest of Pakistani nation because these heroes has given the nation courage to challenge overall six times bigger military machine and given them a befitting response.