In a statement on Monday, the ISPR said that terrorists targeted the Frontier Corps troops, employed for security of Marget Mines on road the Marget-Quetta using an improvised explosive device. 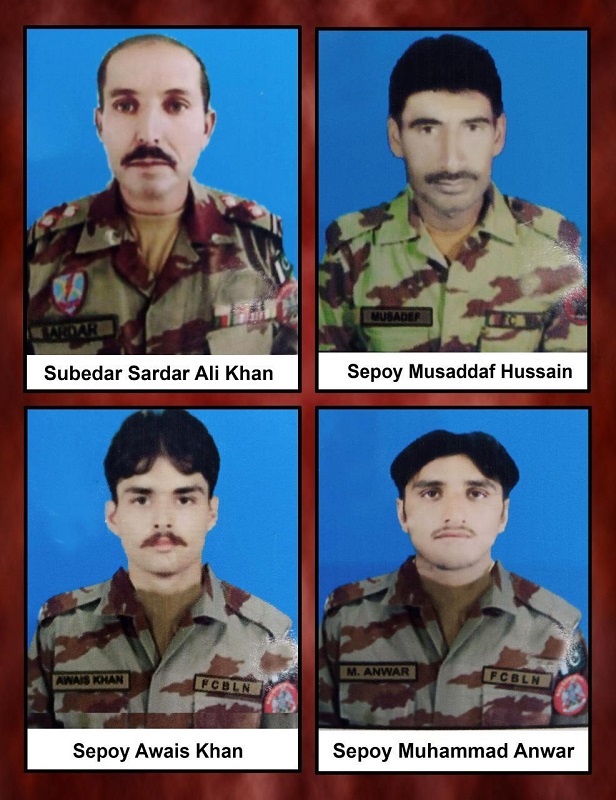 The ISPR said that a large-scale area sanitization operation by the FC Balochistan to hunt the terrorists is underway.

It said that such cowardly acts by inimical elements, backed cannot sabotage the hard-earned peace and prosperity in Balochistan.

The ISPR said that the security forces are determined to neutralize their nefarious designs even at the cost of blood and lives.