ISLAMABAD, Pakistan: The Foreign Secretary Sohail Mahmood on Thursday inaugurated the Center for the Middle East and Africa (CMEA) at the Institute of Strategic Studies Islamabad (ISSI).

In his remarks on the occasion, the foreign secretary emphasized the political, economic, and strategic importance of the Middle East and Africa.

Recalling Pakistan’s warm and cordial ties with the Countries of the region, the foreign secretary reaffirmed Pakistan’s keen desire to further enhance bilateral ties by deepening and diversifying areas of cooperation. 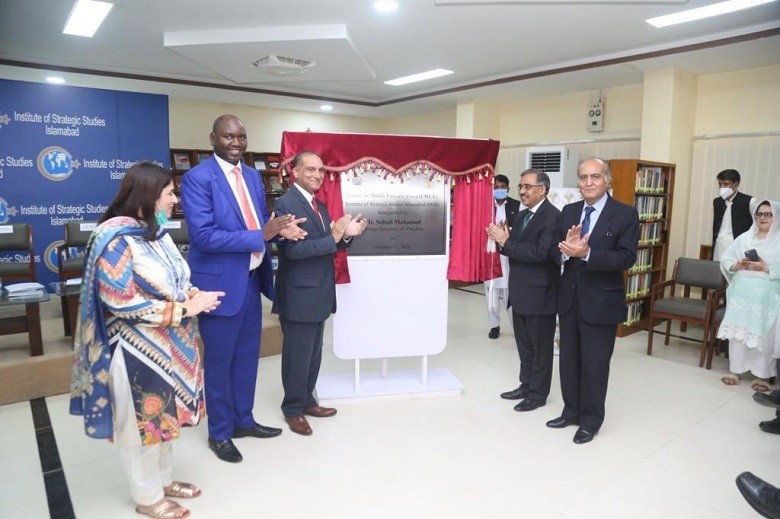 The foreign secretary highlighted the strong bonds of amities with the Countries in the Middle East which were rooted in shared religion, culture, and values.

Sohail Mahmood appreciated how Pakistan and the Countries in the Middle East stood shoulder-to-shoulder on many important occasions in history.

The foreign secretary lauded the contributions of more than four million Pakistani expatriates currently residing in the Middle East region, working diligently for the development of the host countries and for the progress of their own Country.

Furthermore, he said that Africa and Pakistan shared a common history of successful struggle against colonialism and faced similar developmental challenges – both of which could form a strong foundation for enhanced cooperation.

Sohail Mahmood apprised the participants of Pakistan’s “Engage Africa” Initiative, aimed at further deepening and broadening the scope of Pakistan’s diplomatic, political and economic engagement with the Continent.

Acknowledging the rapid changes in the two regions, the foreign secretary emphasized the need to invest energy and effort in developing a better understanding of the regional dynamics.

In this regard, he congratulated the ISSI for taking the important step in establishing the Center for the Middle East and Africa.

The foreign secretary hoped that the newly-established Center would contribute to a better understanding of the transformations taking place in the two regions and help build stronger partnerships.

In addition to the host the Director-General ISSI Ambassador Aizaz Ahmed Chaudhry, the Inaugural Ceremony was addressed by the High Commissioner of Kenya to Pakistan His Excellency Julius Bitok, and the Director CMEA Amina Khan.

Pakistan and Malta hold Second Round of Bilateral Political Consultations