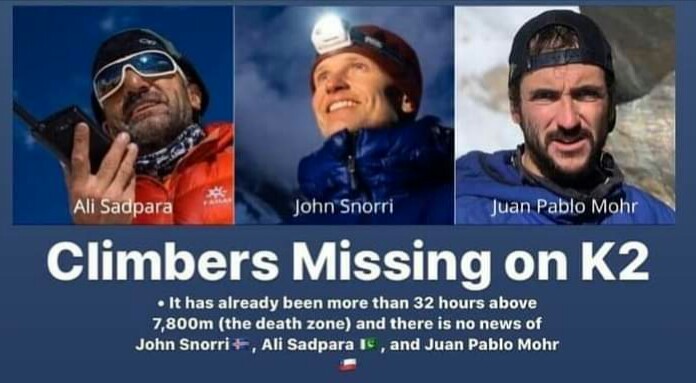 Ali Sadpara, Juan Pablo Mohr and John Snorri reached the summit of K-2 on February 5, 2021, and shared photos of their success having flags of their countries in their hands. Since then, they lost contact with base-camp.