The Foreign Minister briefed the UN Secretary-General on the grave situation in Indian Illegally Occupied Jammu and Kashmir (IIOJK) and presented a Dossier containing details of the gross, systematic and widespread human rights violations; war crimes, crimes against humanity and genocidal acts being perpetrated by Indian occupation forces; and illegal attempts to change the demographic structure of IIOJK in violation of UN Security Council resolutions and international law.

With regard to the situation in Afghanistan, Foreign Minister Qureshi urged positive engagement and requisite action by the international community to provide humanitarian assistance and financial support to the Afghan people in order to promote peace and stability in the country.

The Foreign Minister welcomed the High-Level Ministerial meeting on the humanitarian situation in Afghanistan convened by the UN Secretary-General on 13 September 2021. He highlighted Pakistan’s role in the evacuation and relocation of UN and international staff, as well as the establishment of a humanitarian corridor in support of the UN efforts for the delivery of relief goods through air and land routes to Afghanistan.

Foreign Minister Qureshi and Secretary-General Guterres were of the view that urgent and unconditional humanitarian assistance, as well as financial support, should be provided to the Afghan people to prevent a humanitarian disaster or an economic collapse.

The Foreign Minister suggested the implementation of a roadmap to promote peace and stability in Afghanistan.

The Foreign Minister underscored the need for stemming the rising tide of intolerance, discrimination, violence, and Islamophobia. He also called for ending vaccine inequity and ensuring adequate financing for developing countries to enable them to respond to the COVID-19 pandemic, the accompanying economic crisis, and undertake climate-related actions. 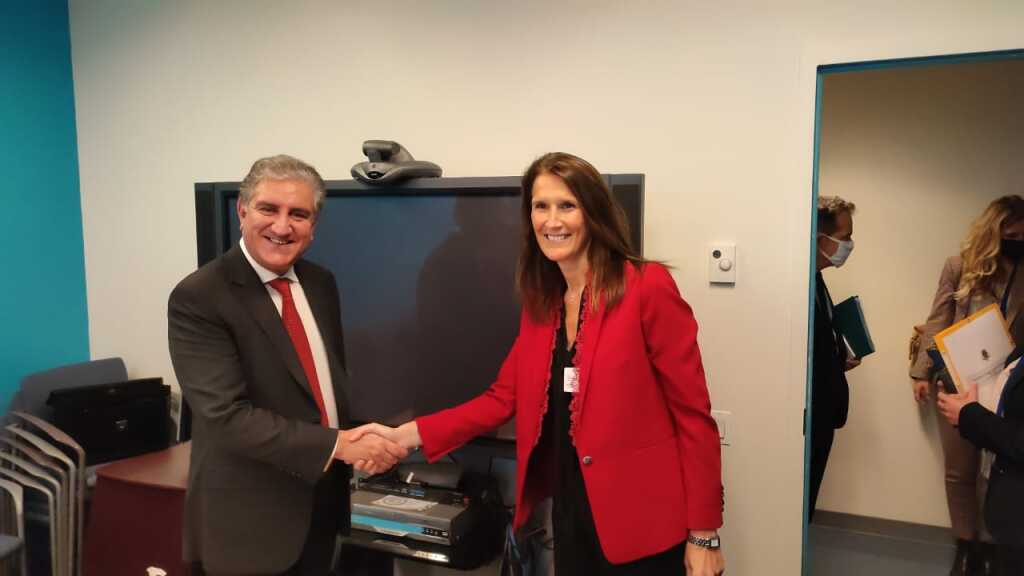 Recalling their telephone conversation last month, Foreign Minister Qureshi emphasised that Pakistan valued Belgium as an important partner. He stressed the need for further enhancing the political, investment and trade relations between the two countries.

The Foreign Minister noted that a peaceful and stable Afghanistan was of crucial importance for Pakistan and the region. He underscored that the international community must engage with positive messaging and constructive steps to avert a humanitarian and economic crisis in Afghanistan.

Foreign Minister Wilmes appreciated Pakistan’s support in the evacuation of the Belgian nationals from Afghanistan. She reiterated her invitation to Foreign Minister Qureshi to visit Belgium.

Both the Foreign Ministers agreed to remain engaged in the situation in Afghanistan and to work together for promoting Pakistan-Belgium relations.