The Foreign Minister conveyed heartfelt felicitations to President Raisi from Pakistani leadership on victory in the presidential election and receiving Parliament’s endorsement on Cabinet. He reiterated Pakistan’s desire to work with Iran in all areas to further strengthen fraternal ties. 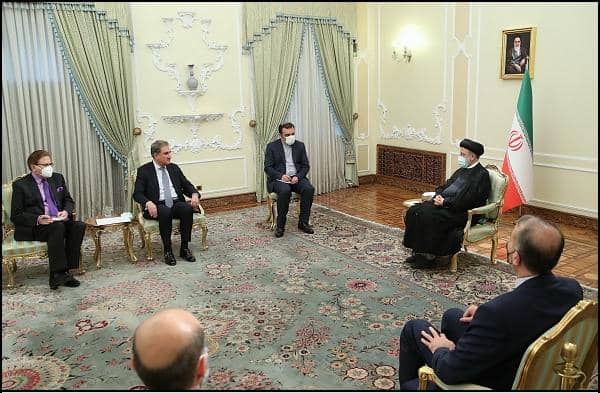 On the latest situation in Afghanistan, the Foreign Minister apprised President Raisi on Pakistan’s perspective and underlined coordinated approach. He added that it was important for the neighbors of Afghanistan for continued consultations on the way forward as the peace in Afghanistan would lead to economic and political benefits for the region.

Welcoming Foreign Minister Qureshi, President Raisi recalled excellent bilateral ties between the two countries. He appreciated Foreign Minister’s visit for strengthening regional approach in the wake of situation in Afghanistan and expressed hope that Afghanistan would achieve peace and stability.