Islamabad, Pakistan: The Foreign Minister of Pakistan Makhdoom Shah Mahmood Qureshi hosted a working luncheon for the EU Ambassadors at the Ministry of Foreign Affairs on Wednesday.

This was the second such luncheon hosted by the Foreign Minister which provided an opportunity for both sides to share their perspectives and plans to carry forward the relationship.

The Foreign Minister welcomed the Ambassadors and stated that Pakistan greatly valued its relations with the European Union, which are based on shared values and common objectives of peace, prosperity, and development. The Pakistan-EU relationship has strengthened steadily over the years and is pursued through sound institutional mechanisms and dialogue processes. The two sides elevated their relationship by signing the Strategic Engagement Plan (SEP) in June 2019. SEP is a forward-looking and comprehensive framework of cooperation in diverse areas of mutual interest. 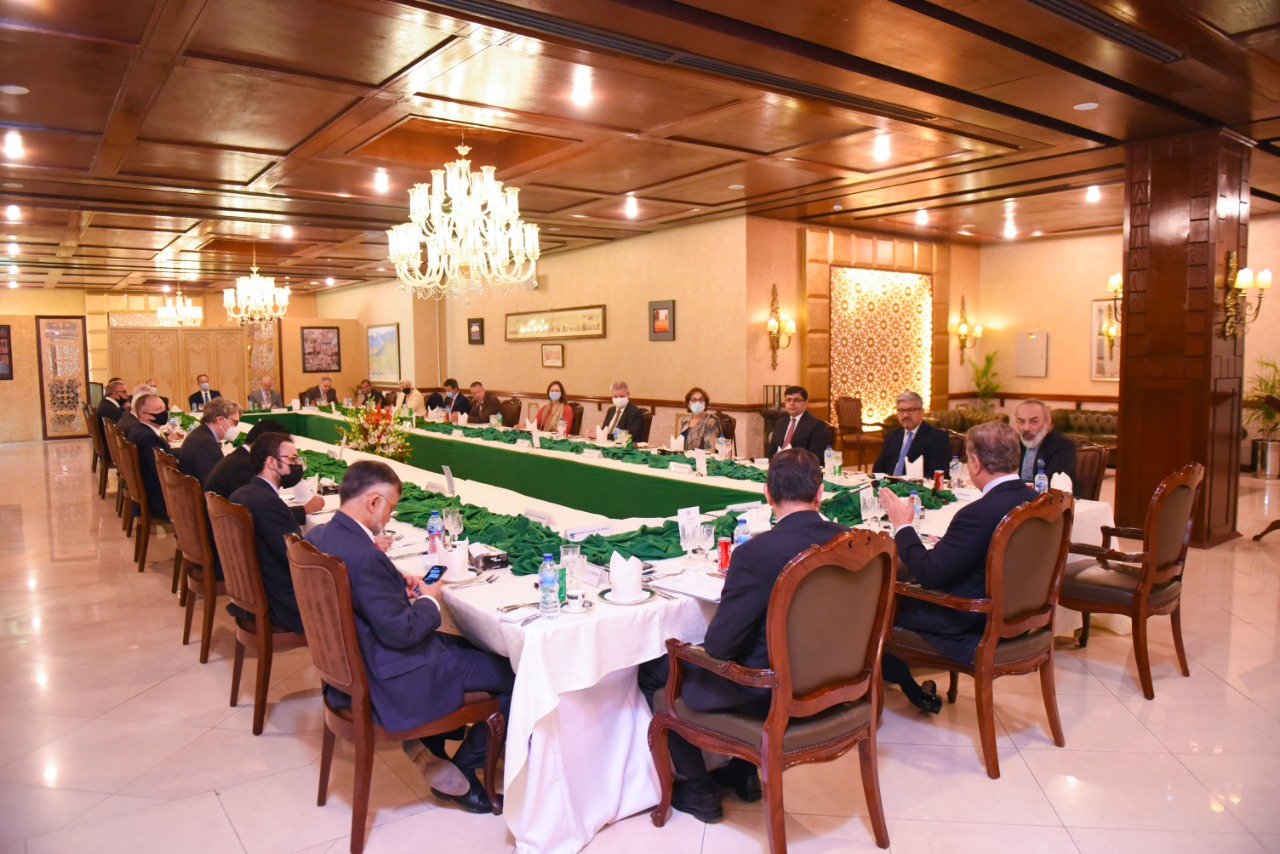 The Foreign Minister highlighted that the ‘smart’ lockdown strategy of the government to save lives and secure livelihoods has turned out to be successful and has also led to an increase in economic activity in the country including exports. He stressed that the global community must come together to combat the virus and should realize that nobody is safe till everyone is safe. 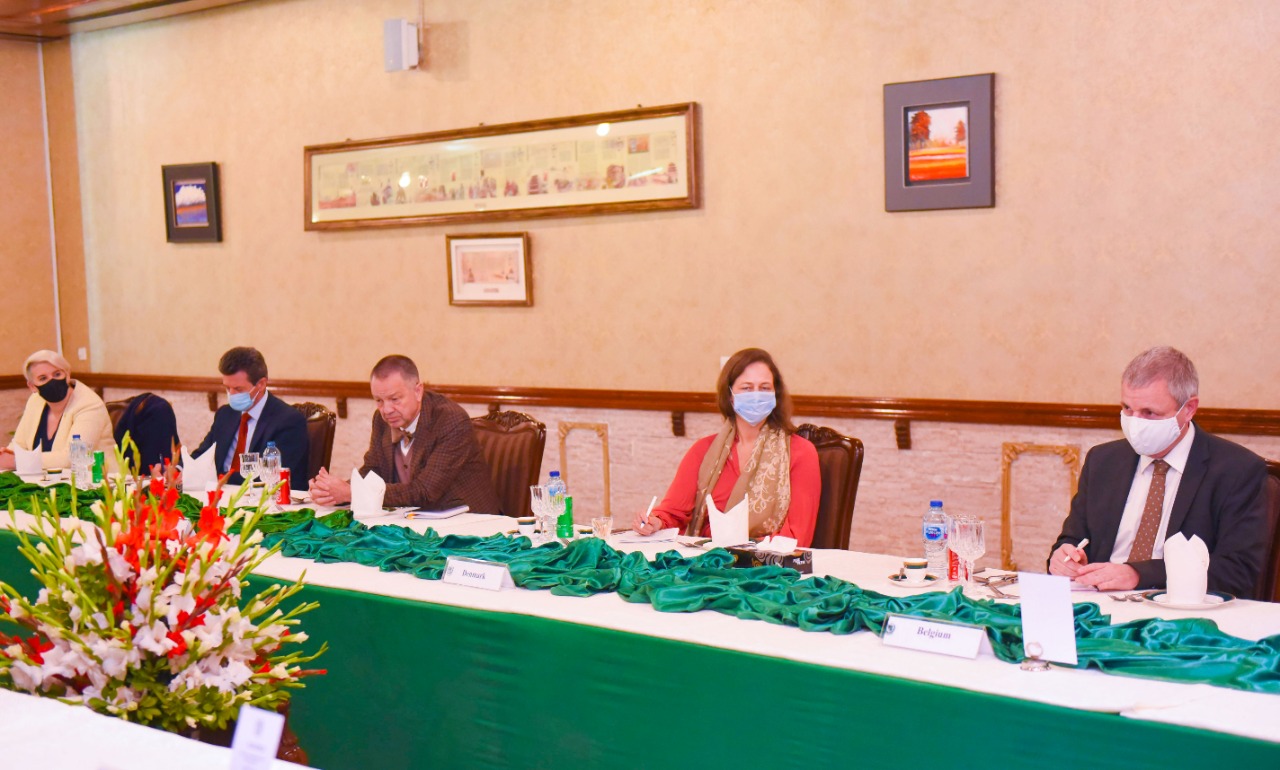 Foreign Minister Qureshi expressed satisfaction at the trade and investment relations between Pakistan and the European Union. He also appreciated the continuation of GSP Plus status to Pakistan. The Foreign Minister highlighted the positive outlook of Pakistan’s economy. He added that the growing economic trajectory coupled with extensive natural resources offered huge opportunities for enhanced trade, investment, and tourism.

The Foreign Minister stressed the importance of economic and cultural diplomacy and called for deeper engagement between Pakistan and the European Union in these spheres.

The Foreign Minister also briefed the EU Ambassadors regarding the regional situation. He highlighted the grave human rights situation in Indian Illegally Occupied Jammu & Kashmir (IIOJK) and underscored the importance of a peaceful solution of the Jammu & Kashmir dispute in accordance with relevant UN resolutions. The Foreign Minister dilated upon Pakistan’s positive contributions to the Afghan peace process and facilitative role in advancing the cause of peace, stability, and prosperity in Afghanistan, the region, and beyond. 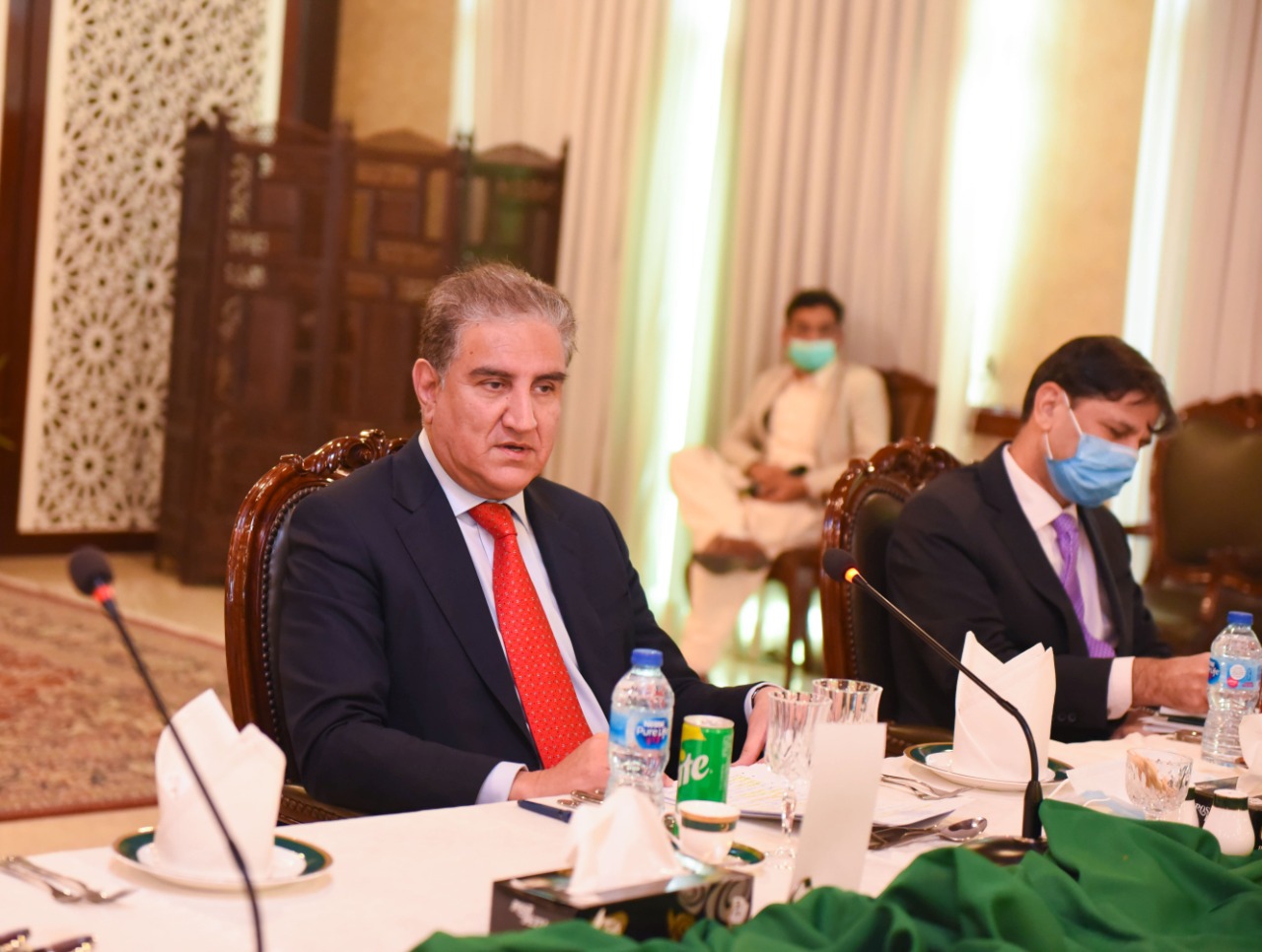 The EU Ambassadors appreciated the initiative which provided an opportunity for an in-depth exchange of views on areas of mutual interest. The importance of closer engagement on Pakistan-EU relations and regional and international issues was underscored.