Foodpanda disrupted the food delivery scene of the country. This app has gained users like no other, because who doesn’t want to sit at home and eat their favorite food? Especially, with the pandemic, it looks like everybody is now adamant to eat more and more at home since they can’t go out. But it looks like the team at Foodpanda is having a hard time recently. 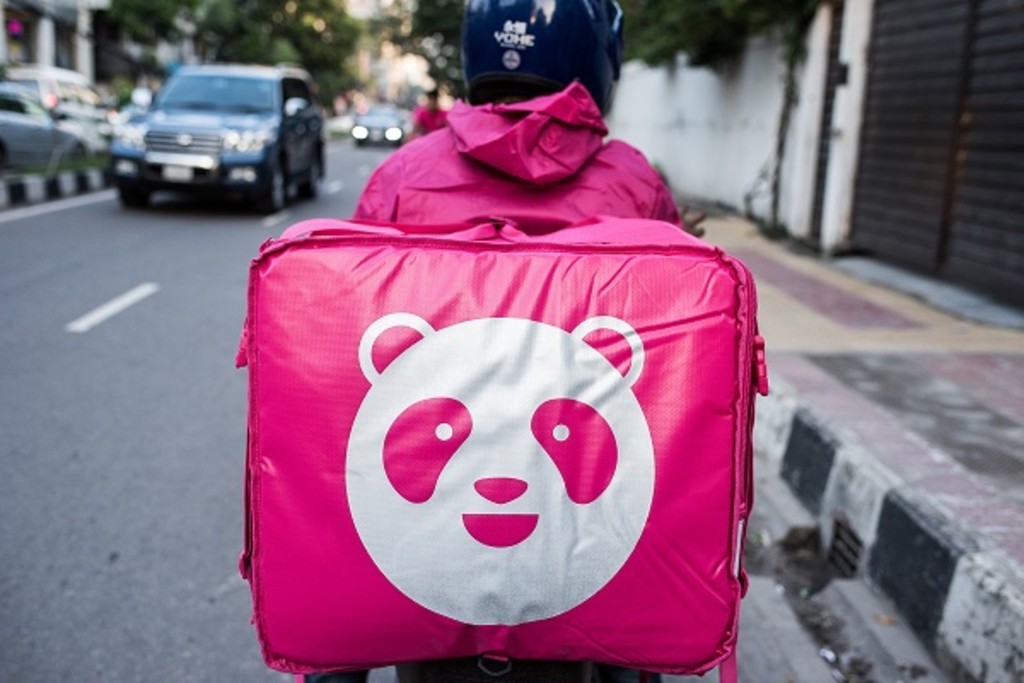 In a recent bid, a customer has come forward and exposed the famous food delivery app’s alleged new tactic of trying to fool the customer. Now we don’t know if that’s an honest mistake or not, but let’s see what the fuss is all about:

What Did Foodpanda Do?

Recently, a customer has taken to various social media platforms to expose Foodpanda on a scam they did with him worth more than 4000Rs. According to the customer, the said amount for the order was deducted from his account, but he never received the order. The payment was deducted via the card he had entered in the app, so the transaction was made before the order was delivered. This, actually, never happened.

A customer, titled Aqqi, said that he placed an order on KFC via the Foodpanda app, which was worth 4200Rs. When the order had to be delivered, the rider only called once which went unanswered because he was probably busy somewhere. He called the rider again only after five minutes, but he said that his order had been canceled and he will have to reorder if he wants it. Here is what the customer posted:

How Did Foodpanda Resolve The Issue?

The guy when he heard about his order being canceled complained to foodpanda and asked for a refund. This is what anyone will do since when you don’t get the food, you want your money back. The customer service recovery executive just refused to refund the amount citing the reason that wasn’t right. As per the email sent to the guy:

“Your order was canceled as it was unable to find or reach you. We tried to contact you on your registered mobile number several times and the rider contacted you as well but you were unresponsive to the calls and the rider had to move for the different order so we had to cancel the order which we completely regret, and the food was wasted so your online payment can’t be refunded back to you.”

Here is the screenshot of the email sent to him: 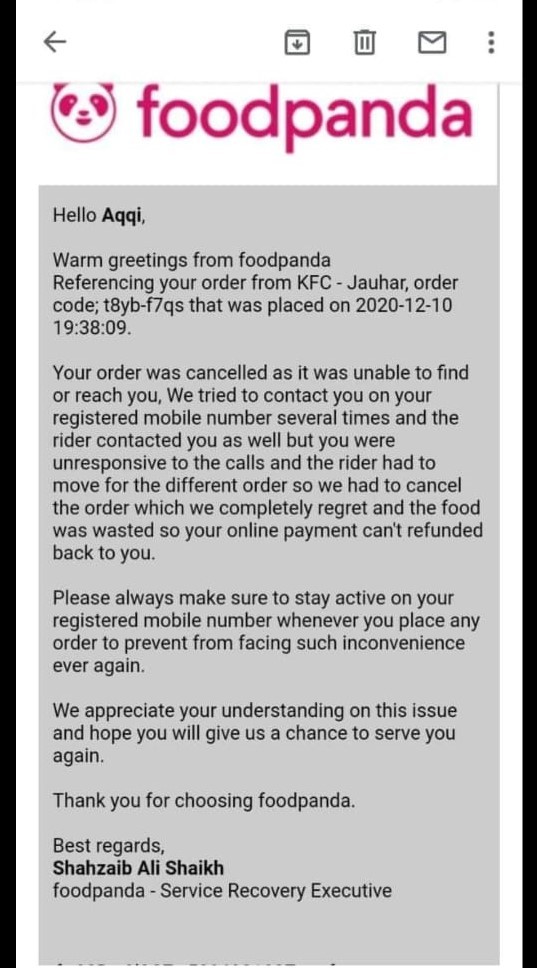 Who Is Wrong Here?

Honestly, we can’t be the judge here of who is wrong or right. Even though the customer has written his side of the story alongside the email screenshot, we really don’t know what went down before the order was canceled. We generally take the customer’s word for it, but no screenshots of the call log and the waiting time were mentioned to prove the point.

Hence, we will leave it on the customer and the food delivery app to sort this issue out together. I, surely, hope they do otherwise it will be negative marketing for Foodpanda, which is already under hot water most of the time.

Kainaat Maqbool
A strategic and content marketeer, Kainaat has been working as a writer and content consultant for over 6 years. When she isn't writing or making marketing strategies, she is teaching people to do the same.
Share
Facebook
Twitter
Pinterest
WhatsApp
Previous articleMultan set to host first ever South Punjab Folklore Festival
Next articleErtugrul Star Engin Altan Duzyatan Having Great Time in Lahore! [Pictures]