ISLAMABAD, Pakistan: Reaffirming Pakistan’s support for a peaceful, stable, united, sovereign and prosperous Afghanistan, the Foreign Minister Shah Mahmood Qureshi has reiterated Pakistan’s belief that there is no military solution to the conflict in Afghanistan.

Talking to a delegation of the Taliban Political Commission (TPC) which headed by Mullah Abdul Ghani Baradar met him at the Ministry of Foreign Affairs in Islamabad on Wednesday for an exchange of views on the Afghan peace process, the foreign minister underlined that Pakistan will continue to facilitate the Afghan peace process.

The foreign minister expressed the hope that the Afghan parties would seize this historic opportunity to establish lasting peace in Afghanistan through an inclusive, broad-based, and comprehensive political settlement. 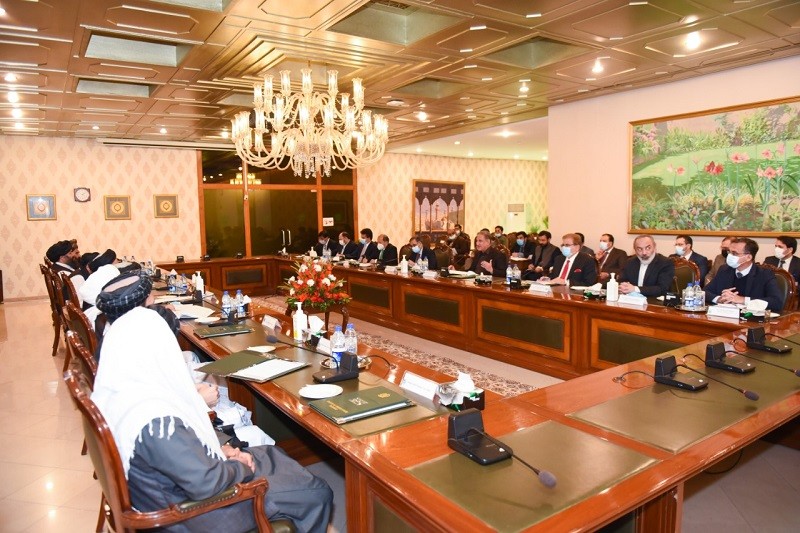 Welcoming the announcement of the agreement on Rules and Procedures between the two negotiating sides in Doha, Qureshi conveyed that the agreement reflects a common resolve of the parties to secure a negotiated solution. He emphasized the importance of measures by all sides for a reduction in the violence leading to a ceasefire.

The foreign minister added that Pakistan will respect the decisions taken by the Afghan parties through the Afghan-led and Afghan-owned peace process.

Shah Mahmood Qureshi also underlined the need for guarding against the machinations of “spoilers” from disrupting the process.

Qureshi highlighted the steps being taken by Pakistan to deepen the economic relations and people-to-people exchanges including visa facilitation and enhancing trade and transit for the welfare of fraternal Afghan people.

Emphasizing Pakistan’s commitment to the safe and dignified return of Afghan refugees to their homeland, the foreign minister expressed the hope that peace and stability in Afghanistan will help create conducive conditions for a time-bound and well-resourced roadmap supported by the international community.

The foreign minister also stressed the importance of the International Community playing its role in the reconstruction and economic development of Afghanistan.

The delegation thanked Pakistan for hosting millions of Afghan refugees for more than four decades.

The Taliban Political Commission’s delegation appreciated Pakistan’s facilitative role in the Afghan peace process and shared its perspective on various aspects of the Intra-Afghan Negotiations.

The Taliban Political Commission delegation is visiting Pakistan from December 16-18, 2020 as part of Pakistan’s efforts of outreach to all Afghan stakeholders for a peaceful resolution of the Afghan conflict.

Mati
Mati-Ullah is the Online Editor For DND. He is the real man to handle the team around the Country and get news from them and provide to you instantly.
Share
Facebook
Twitter
Pinterest
WhatsApp
Previous articleUSAID establishes 155 DDSRUs across Pakistan
Next articleECC okays removal of 4% withholding tax, sales tax on locally manufactured mobile phones