This was the second meeting between both the foreign ministers within the last three weeks.

During the meeting, bilateral, regional, and international issues of mutual interest were discussed.

Shah Mahmood Qureshi expressed the resolve to implement the consensus reached during the Second Round of Strategic Dialogue between the Foreign Ministers of Pakistan and China held in Hainan last month.

Qureshi underscored that Pakistan and China are “All-Weather Strategic Co-operative Partners” and remain committed to promoting peace, stability, and development in the region. 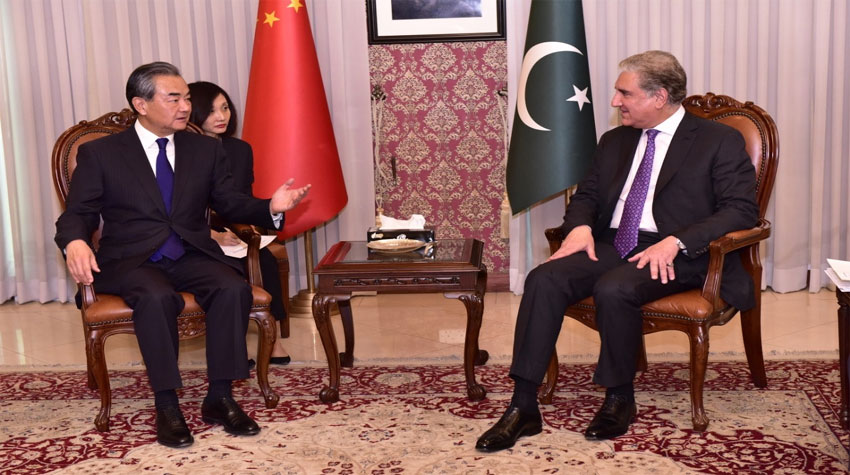 It was underlined that the Belt and Road Initiative (BRI) and the Shanghai Cooperation Organisation (SCO) complement each other through enhancing regional connectivity, promoting trade, and deepening people-to-people exchanges.

The Foreign Minister Shah Mahmood Qureshi reiterated that Pakistan remains committed to “One China policy” and stands firmly behind China on core issues of its national interest.

The foreign minister also emphasized that a peaceful and stable Afghanistan is important for peace and stability in the region and beyond.

Qureshi reaffirmed that Afghan-led and Afghan-owned peace and reconciliation process was critical in restoring regional peace and stability.

Shah Mahmood Qureshi emphasized that India’s expansionist and unilateral actions, particularly since August 5, 2019, have been imperiling regional peace and security.

The minister said that Pakistan and China were taking relevant measures that will help timely completion of CPEC projects that will be a catalyst for growth and prosperity in the region.

Mati
Mati-Ullah is the Online Editor For DND. He is the real man to handle the team around the Country and get news from them and provide to you instantly.
Share
Facebook
Twitter
Pinterest
WhatsApp
Previous articleArijit Singh – 5 Best Songs that Must Be Included in Your Playlist!
Next article5th Round of Pakistan-Germany Strategic Dialogue held