The latest situation in Afghanistan, Pakistan-UK bilateral relations, and issues of mutual interest were discussed. 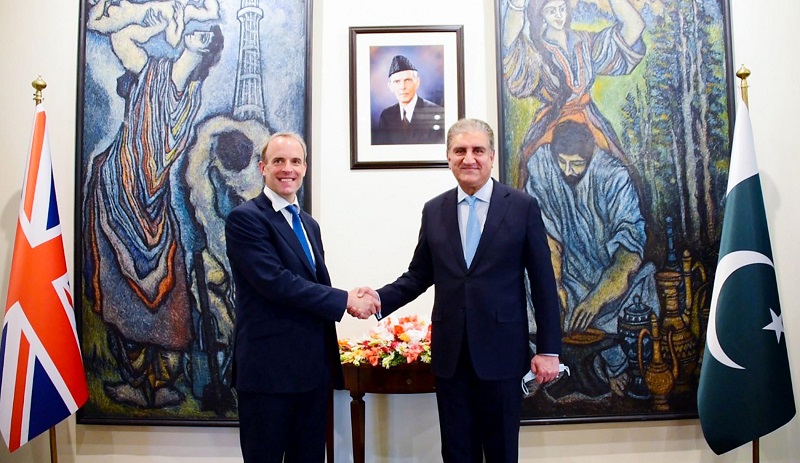 Qureshi noted that Pakistan as an immediate neighbor had suffered the most for decades due to conflict and instability in Afghanistan. As such, a peaceful and stable Afghanistan was in the vital interest of Pakistan and the region.

The foreign minister added that Pakistan was in close contact with regional and international partners, stressing the safety and security as well as protection of the rights of all Afghans and an inclusive political settlement.

The foreign minister underscored that in light of the changed reality in Afghanistan, the world community had to take a pragmatic and practical approach. It was essential to stay engaged in order to support the people of Afghanistan, economically and to help rebuild.

The urgent priority, the foreign minister emphasized, should be to address the dire humanitarian needs and to ensure economic stability. This was indispensable for preventing any exodus of refugees.

Shah Mahmood Qureshi highlighted that Pakistan had facilitated the evacuation of over 12,000 people, which included diplomatic personnel and staff of international organizations and others.

➖Shared with FS Raab our deep concern on decision to retain Pakistan on the Red List
and urged for a review of this decision
➖We agreed to hold the next round of Enhanced Strategic Dialogue at the earliest in Islamabad. pic.twitter.com/9zcxWbKQQv

Reiterating concerns over Pakistan’s retention on the UK’s ‘Red List’ for travel, the foreign minister urged a reconsideration of this decision by the British government.

The Foreign Minister Shah Mahmood Qureshi also highlighted Pakistan’s tremendous progress in the implementation of the FATF Action Plan and hoped that no attempt to politicize this process would be allowed.

The two ministers reaffirmed the resolve to upgrade the relationship from the current Enhanced Strategic Dialogue to the next level.

In 2022, the two Countries will be celebrating the 75th anniversary of the establishment of diplomatic relations.