ISLAMABAD, Pakistan: Pakistan’s Ambassador-designate to Sweden Zahoor Ahmed held a meeting with the Foreign Minister Shah Mahmood Qureshi at the Ministry of Foreign Affairs in Islamabad on Wednesday.

The foreign minister congratulated Zahoor Ahmed on his appointment as Pakistan’s ambassador to Sweden, and game him special instructions regarding the government’s foreign policy priorities. 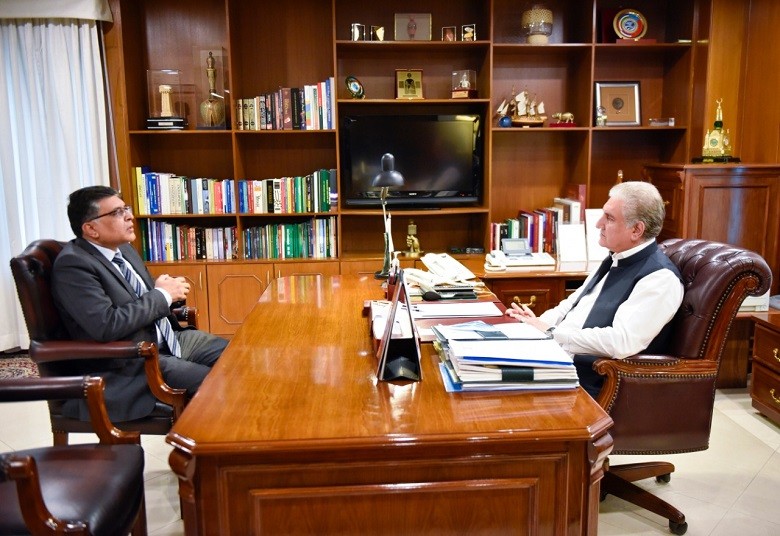 Prior to being appointed as the envoy to Sweden, Zahoor Ahmed was serving as the Additional Secretary and National Coordinator of Pakistan for Shanghai Cooperation Organisation (SCO) at the Ministry of Foreign Affairs in Islamabad.

It was the first one-on-one meeting between the foreign minister and the ambassador-designate to Sweden.

Earlier on June 23, Zahoor Ahmed met the Foreign Minister Shah Mahmood Qureshi along with other newly-designated Pakistan’s ambassadors to various Countries in Islamabad.