ISLAMABAD, Pakistan: The Foreign Minister Shah Mahmood Qureshi has extended felicitation to his Turkish Counterpart Mevlut Cavusoglu on 97th Republic Day of Turkey to be observed on October 29.

The felicitation was extended to Turkey’s Foreign Minister Mevlut Cavusoglu when he called Qureshi on Wednesday, and exchanged views on matters of mutual interest and reviewed progress on bilateral cooperation in diverse fields.

During the telephonic conversation, the two foreign ministers expressed satisfaction at mutual collaboration between Pakistan and Turkey at multilateral fora. 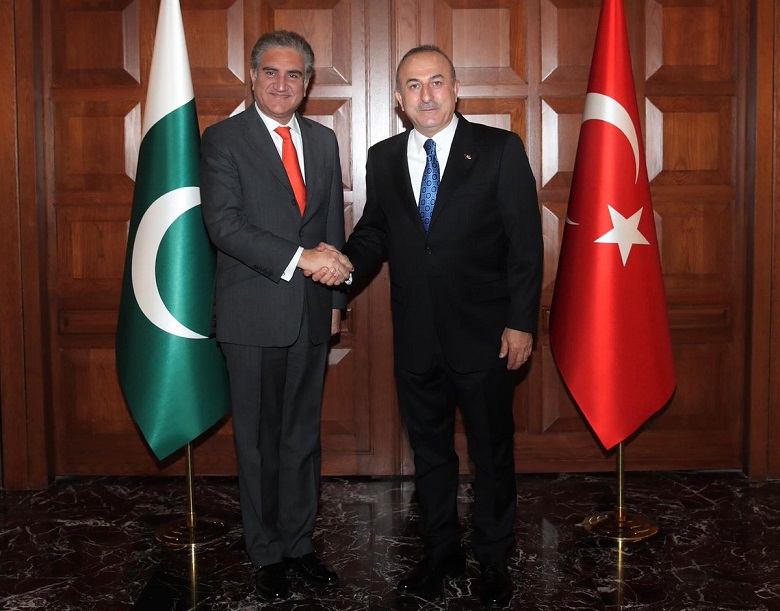 Shah Mahmood Qureshi reiterated appreciation for the principled stance taken by Turkey on the Jammu and Kashmir dispute and Turkey’s steadfast support in this regard.

The foreign ministers agreed to remain in touch on issues of concern to the Muslim Ummah including the rising Islamophobia.

The Turkish foreign minister appreciated the stance taken by Prime Minister of Pakistan Imran Khan on the subject.

Mevlut Cavusoglu also conveyed sympathies and condolences at the loss of precious lives in the Peshawar terrorist attack and reaffirmed Turkey’s solidarity with Pakistan.

Mati
Mati-Ullah is the Online Editor For DND. He is the real man to handle the team around the Country and get news from them and provide to you instantly.
Share
Facebook
Twitter
Pinterest
WhatsApp
Previous articleSajal Aly – 10 Stunning Hot Pictures That Went Viral
Next articleNTC Chairman stresses for improving quality of technology education