The CIIE is aimed at to show China’s intention of firmly supporting trade liberalization and economic globalization and actively opening the market to the World.

The six-day event gathers government officials, business communities, exhibitors and professional purchasers across the World and provides them new channels for Countries and Regions to do business, strengthen cooperation and promote common prosperity of the World economy and trade.

The Chinese President Xi Jinping delivered a keynote speech at the Opening Ceremony of CIIE, in which he urged the Countries to rise above their differences and strengthen their collaboration for an all-inclusive growth.

President XI Jinping said that we need to implement 2030 sustainable development goals and reduce imbalances in the development. 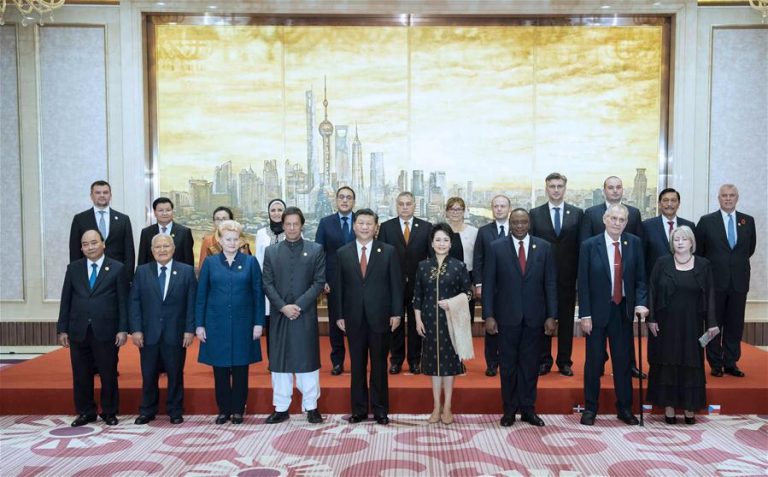 In his address, Prime Minister Imran Khan said that while unilateral commercialism is aggressively sought by some and protectionism is on the rise, Pakistan takes great comfort in President XI Jinping’s courageous statement that their doors will never shut but will only open even wider.

Imran Khan said that Pakistan will be made more conducive and competitive place for business and investment.

The first China International Import Expo (CIIE) is jointly being held by the Ministry of Commerce and the Shanghai municipal government, and it has been timed with the 40th anniversary of the Opening of the Chinese economy to international trade and investment.

During the six-day Expo, a total of 172 Countries, Regions and International Organizations from the five Continents will showcase their development achievements and international image to the World.

More than 3,600 Companies from different Countries will hold discussions and seek common development with purchasers from China and overseas. The guests will also exchange views about major issues concerning international economy and trade and global economic governance.

Mati
Mati-Ullah is the Online Editor For DND. He is the real man to handle the team around the Country and get news from them and provide to you instantly.
Share
Facebook
Twitter
Pinterest
WhatsApp
Previous articlePTV Sports Pakistan vs New Zealand Third T20 2018 Live Streaming
Next articleCOAS inspects Pak-Russia Joint Training Exercise ‘Druzhba-III’