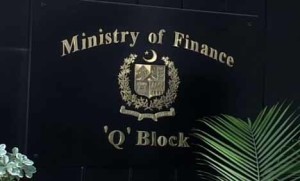 ISLAMABAD, Pakistan: The Ministry of Finance has refuted news reports appearing in a section of the press claiming that the first audit report of the present government reveals irregularities and corruption amounting to Rs 270 billion by 40 government departments and ministries during Fiscal Year (FY) 2018-19.

Describing these reports categorically as baseless, misinformed and erroneous, the Ministry of Finance in an official statement has said that the Audit Report for FY 2019-20, like all audit reports, consists of preliminary observations: it identifies some gaps in completing formalities while processing different cases by government entities and indicates various shortcomings in the provision of documents to the audit teams in certain other instances.

But to conclude that each procedural deficiency is tantamount to corruption is incorrect and misleading.

The Ministry of Finance would like to make it clear that by their very nature audit reports identify procedural deficiencies, and are not evidence of corruption – let alone ‘conclusive proof’ of corruption as certain sections of the media have attempted to portray.

Furthermore, these audit reports are subsequently considered exhaustively at several forums, including by the departmental audit committees and the Public Accounts Committees, where ministries and other government institutions are given an opportunity to defend their cases and rectify the procedural shortcomings. Even these forums are not competent to establish whether or not corruption has been committed.

Only in a few instances, where the deficiencies cannot be met, has punitive action been necessary.

Moreover, within the above-clarified context of the nature of audit reports, it is very important to note that the audit report of the incumbent government actually reflects vast improvement in governance.

For instance, comparing earlier audit reports, as covered by the press in previous years, with the one in question reveals that while audit paras related to expenditures of only Rs 270 billion in FY 2018-19, the Audit Reports of FY 2015-16, FY 2016-17 and FY 2017-18 presented audit paras on expenditures as huge as Rs. 3.2 trillion, Rs. 5.8 trillion and Rs 15.7 trillion respectively.