ISLAMABAD, Pakistan: The Federal Cabinet has approved the restructuring of Pakistan Television Corporation (PTV) and deferred the proposal regarding enhancing its license fee till next week for detailed deliberations over the matter.

Briefing the media after the Federal Cabinet meeting in Islamabad on Tuesday, the Minister for Information and Broadcasting Syed Shibli Faraz said that the proposal to enhance PTV license fee was discussed in the Cabinet in wake of financial difficulties being faced by the organization.

The minister said that the state-run TV is facing problems in paying pension to its around 3,000 pensioners.

Shibli Faraz said that previous governments have brought the PTV to the verge of collapse by making political appointments in the organization. 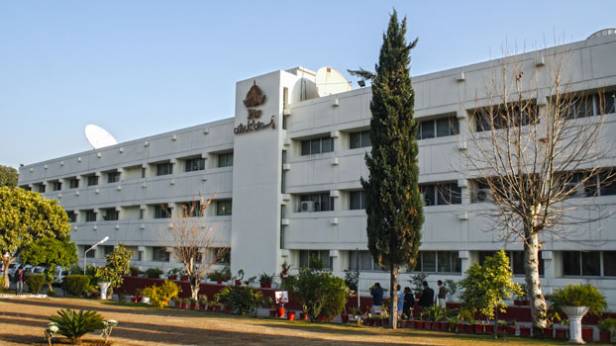 The information minister further said that the Cabinet also appreciated Prime Minister Imran Khan’s decision making it compulsory for public office holders to declare their assets to ensure transparency and to increase people’s confidence on their representatives.

Syed Shibli Faraz said that the prime minister also directed to pay all the outstanding amounts of media houses by next week.