Islamabad, Pakistan: Written and directed by international acclaimed actor, director and film writer, Shamoon abbasi, his forthcoming long-awaited movie Durj (#DURJ) has got Censor Certificate from Censor Board of Pakistan and now movie can be released time of choice of its team.

The Theatrical Trailer of the most anticipated film of the year ! #DURJ is already released.

Written and directed by Shamoon Abbasi and produced by Dodi khan /Sherry shah/Shamoon Abbasi, Durj is a story what happened mostly in Pakistan particularly during last 2 decades. 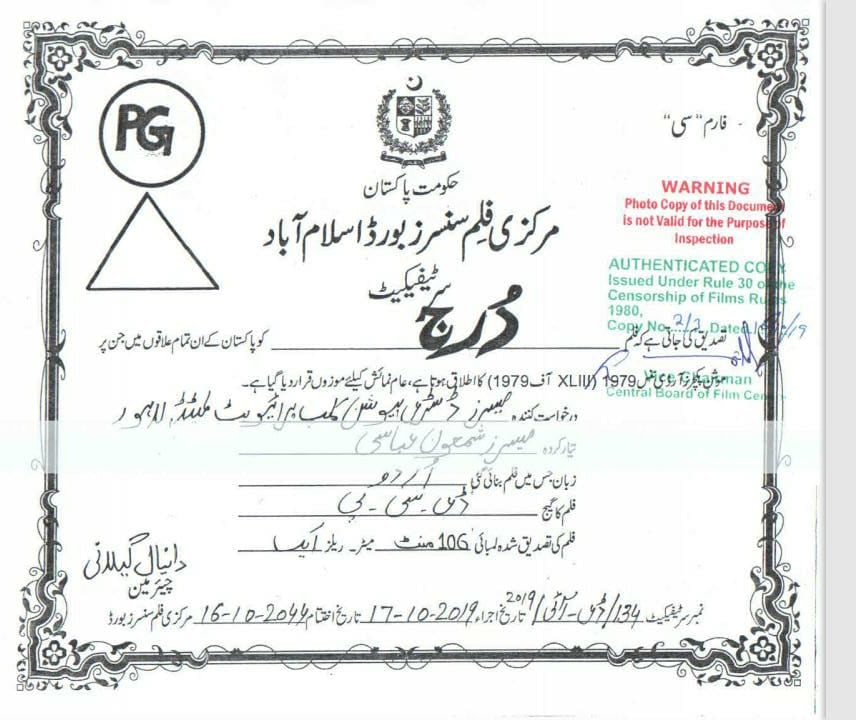 According to available information, Film had October 11 as its international release as the film simultaneously released in US, UK, Canada, UAE, Kuwait, Bahrain, Oman and Qatar. The orginal date of release in Pakistan was October 18, 2019 but was delayed due to some censor issues. A new release date for Pakistan is yet to be announced.