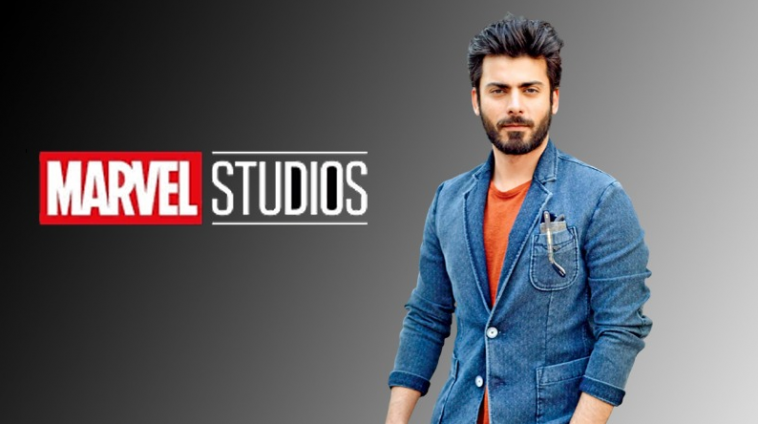 Have you heard about Fawad Khan role in Ms Marvel? If not, You should definitely read the article to hear about his upcoming achievements. Fawad Khan is again going a step ahead to make the country proud and prove himself on the international platform.

Fawad Khan is one of the most handsome, versatile, and talented actors. His fans are not only in Pakistan but all around the world. He also worked in Bollywood movies, like Khubsoorat, Kapoor & Sons, and his last Bollywood movie was Ae Dil hai Mushkil which was released in 2016. He has been a matter of pride for all Pakistanis. Fawad came back to Pakistan after a ban on Pakistani actors in Bollywood. Fawad said, “he misses Bollywood”. He has also confirmed good news for his fans that he is appearing in a Disney series of Ms. Marvel. Now let’s talk about Fawad Khan role in Ms. Marvel. 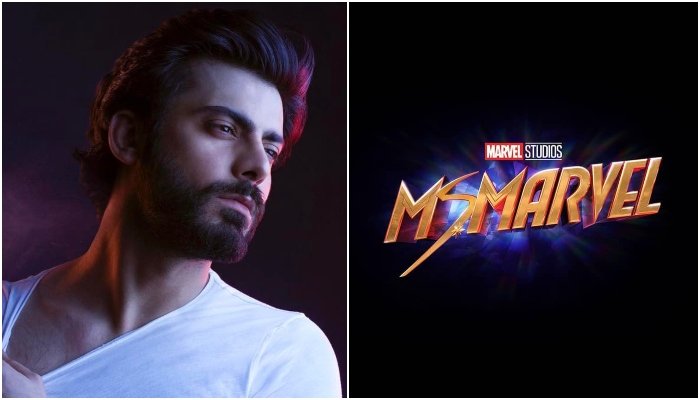 Fawad Khan has officially confirmed his role in the upcoming American Disney miniseries MS Marvel. The series is created by Bisha K. Ali which is based on the Marvel Comics character Kamala Khan/ Ms. Marvel.  He is going to appear as a character of Hassan. We are yet to see what happens with him and how he performs.

Initially, rumors started circulating on social media that Fawad Khan is going to be a part of the MS Marvel series of Disney. Finally, in an interview with an Indian publication Film company, Fawad has confirmed this news in the answer to a question, Fawad was asked if he is going to be a part of the Marvel series, to which he replied, ” Yeah, I am, I can’t deny that or lie about it because they have put out the news themselves.” According to some sources, Fawad may act in the show with a well-known actress, Nimrah Bocha who is part of the show’s cast.

Nimrah Bocha is a Pakistani drama and film actress, and she has done an assortment of TV serials like Daam, Mera Yaqeen, Baandi, and a lot more. Her drama serial “Churail” was the most famous drama and from which she got fame and a massive fan following even in India. She has also confirmed her role in Ms. Marvel, she said, “I can share that I am in Ms. Marvel, but that’s all I can share! We will see you onscreen soon. We have shot a lot, but there’s more to shoot. I think it’ll come out next year. I haven’t even shared anything on Instagram yet. I don’t know what to say. I’m a very timid person, so I can’t share much. Fawad deserves all the love. He’s a very good actor. “ 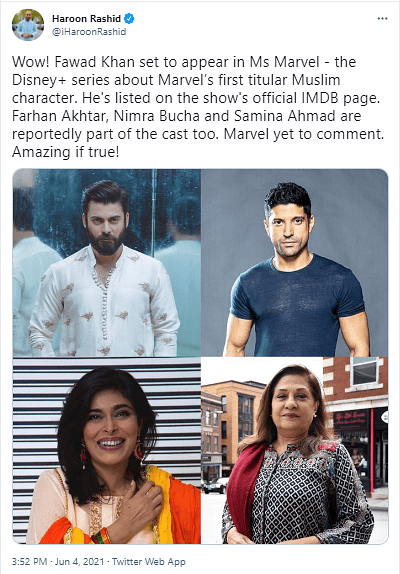 We all are very excited to see our favorite actors Samina Ahmad, Nimrah Bocha and Fawad Khan role in Ms. Marvel, an upcoming Disney miniseries. May it turn out to be a success for the Pakistani actors and bring more recognition to our state.

Duaa Naeem
Duaa Naeem is a fresh graduate who is utilizing her writing skills into writing articles that are informative for the readers.
Share
Facebook
Twitter
Pinterest
WhatsApp
Previous articleLahore Smart City is the 2nd Smart City in Pakistan
Next articleParty Positions in KPK local government elections