Fawad Chaudhry rules out changes in clauses of PMDA Bill

ISLAMABAD, Pakistan: The Minister for Information and Broadcasting Chaudhary Fawad Hussain has said that no compromise will be made on the clauses of the proposed Pakistan Media Development Authority (PMDA) Bill regarding fake news and the rights of journalists.

Talking to the office bearers of various journalists’ bodies including Fourth Pillar International, Pakistan Federal Union of the Journalists (Professional), and Young Journalist Association in Islamabad on Tuesday, the minister however said that the government will welcome suggestions on the remaining clauses of the proposed bill. 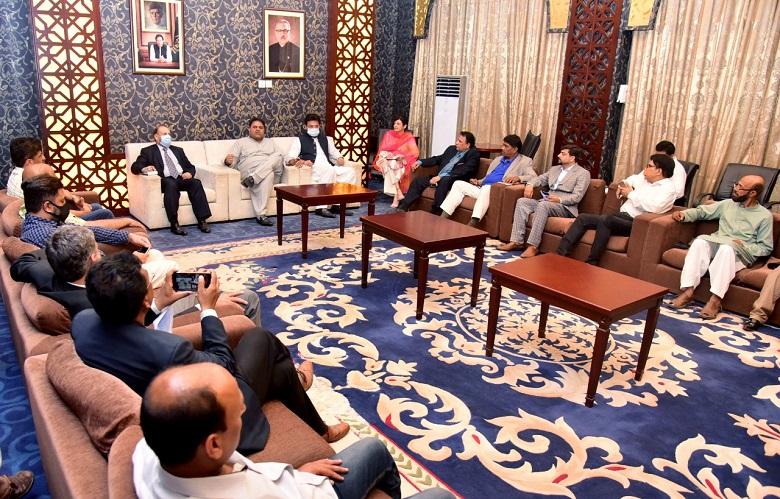 The information minister said that the laws of five Countries were studied for the establishment of the Pakistan Media Development Authority. He said that the PMDA will have two departments of Media Complaints Commission and Media Tribunal.

Chaudhry Fawad Hussain said that there should be no control of the government on these departments and an independent commission will be the establishment for recruitment in them.

The information minister said that the government has made payments of Rs 700 million to the Media Houses but they are still not paying salaries to their workers.

The minister said that it is the first time that the government has earmarked funds for Digital Media.

On the occasion, the journalists’ bodies said that they decided to approach the Competition Commission of Pakistan (CCP) against the ongoing media campaign on the PMDA.

They clarified that all the bodies representing the journalists have not rejected the proposed bill for the establishment of the Pakistan Media Development Authority. They said that some bodies could not be allowed to protect the interests of media owners.

The office-bearers of the journalists’ bodies said that the Pakistan Tehreek-e-Insaf (PTI) is the first government that has taken steps for the protection of the rights of media workers.