I have been working as Defence Correspondent for the last 25 years out of my 33-year career in journalism but reporting out-going Director General Inter Service Public Relations Major General Asif Ghafoor had been a pleasure for me.

For me, he is Hawk with a dove beak—

Reporting a Director General Inter Service Public Relations (ISPR) who had been talking about Diplomacy, Sanity, Peace Resolve and philosophy of saving and serving humanity was an unusual experience. He always advises us (Defence Correspondents) to avoid Warmongering and write for Regional Peace. 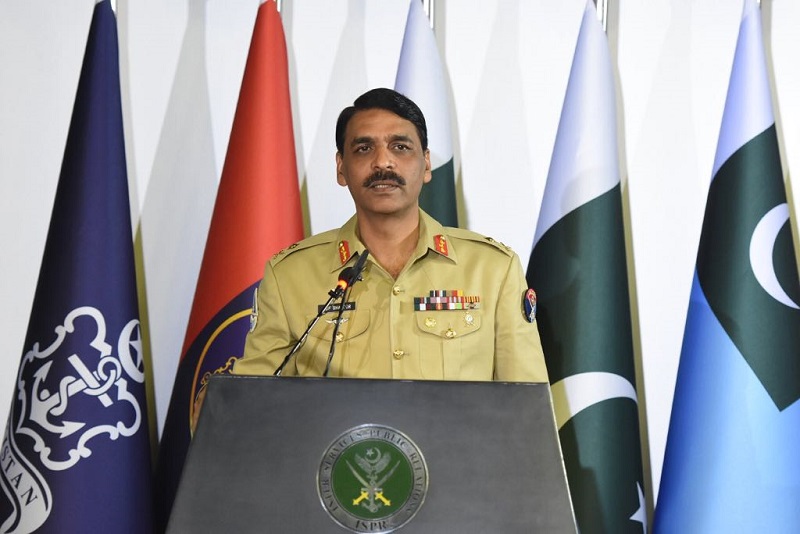 He always used to say that “War is not a solution rather this is just enormous destruction”.

He knows art of injuring India with volley of his soft but lethal words.

He is very clear in philosophy of Deterrence and always says that it is easy to start war but you do not know where war will lead you. However, he always sends a message across the border that region must not move towards war but if aggression is imposed upon on us (Pakistan) then we will retaliate out of self-defense and then nothing will be left in the region as both countries are Nuclear States.

He always used to say that “War is not a solution rather this is just enormous destruction”.

His tenure as DG ISPR was full of domestic and regional hurricanes but he ended up as most successful media manager and his success as DG ISPR was due to his candid relationship with Media Corp.

If someone asks me to conclude his vision of Media management in pointers, I can include following points which I found during attending his Press briefings as a journalist.

He knows art of injuring India with volley of his soft but lethal words.

Some of important points I gather from his briefings are: