In a statement issued on Thursday, the PTI Central Media Department said that the former lawmakers met the PTI Chairman Imran Khan in Islamabad today and expressed complete trust on PTI’s manifesto and its leadership.

Likewise, member of the Punjab assembly from Gujranwala Rizwan Aslam Butt along with his companions also joined PTI. 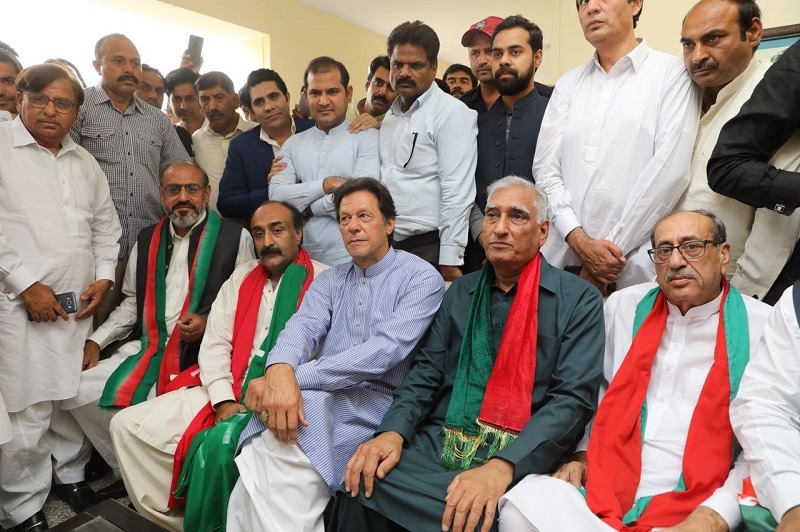 Meanwhile in a statement, the PTI Central Secretary Information Fawad Chaudhry said that the former Prime Minister Nawaz Sharif would compete against Shahbaz Sharif and Hamza Shahbaz in next general elections rather than against PTI and Pakistan People’s Party (PPP).

Fawad Chaudhry said that Nawaz Sharif has become confused and bewildered as he knows that he will soon be brought to justice. He said that wherever Nawaz Sharif goes, he talks about hidden hands behind his ouster but he never reveals anything.

Mati
Mati-Ullah is the Online Editor For DND. He is the real man to handle the team around the Country and get news from them and provide to you instantly.
Share
Facebook
Twitter
Pinterest
WhatsApp
Previous articleMoU signed to continue UAE-Pakistan Assistance Programme projects
Next articleShe Matters! V-JUVE is the new household name for feminine health