Monitoring Desk: European Union (EU) Parliament has refused to accept the takeover of Afghanistan by the Taliban, calling for more humanitarian aid and coordinated response to protect those most vulnerable. Members called for Operational engagement with the Taliban, but no official recognition.

Parliament also called for “No forced returns to Afghanistan under any circumstances”.

Members of the European Parliament (MEPs) are appalled by reports of violations, including executions, of child soldiers being recruited, peaceful protest and expressions of dissent being repressed, and human rights being restricted, especially targeting women and girls. In a resolution adopted by 536 votes in favour, 96 against and 50 abstentions on Thursday, they called on the EU and its member states to work together to facilitate the evacuation of EU citizens and Afghans at risk, in particular through the use of safe corridors. 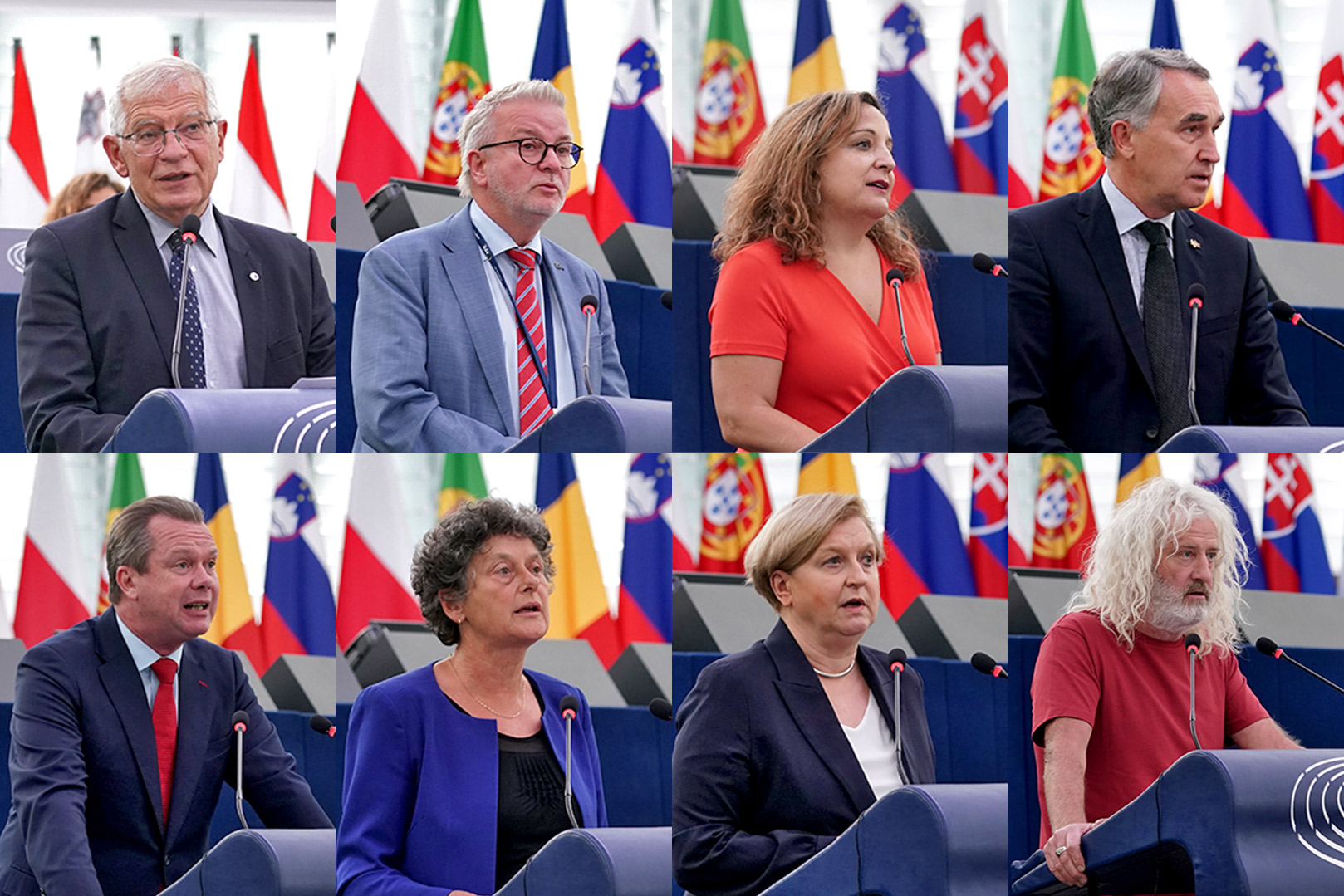 MEPs stressed that most Afghan refugees will seek protection in neighbouring countries. The EU should therefore support those countries and help create humanitarian corridors to provide food aid, water, sanitation, and medication. However, this cannot replace a fully-fledged European asylum and migration policy, which should focus on resettling those most at risk and most vulnerable and should include a special visa programme for Afghan women seeking protection from the Taliban regime.

Parliament also urges member states to reassess current and recent asylum applications, including rejected applications, underlining that there must be no forced returns to Afghanistan under any circumstances (39). MEPs call again on the Commission to present a legislative proposal for humanitarian visas and on member states to share responsibility equally in offering protection.

Operational engagement with Taliban, but no official recognition

MEPs acknowledge that operational engagement with the Taliban’s government is needed for logistical and humanitarian matters, in order to provide humanitarian assistance to civilians in need and safe passage for foreign nationals and Afghans willing to leave the country. However, these contacts should remain strictly limited to those purposes. They stress that conditions have not been met for political recognition of de facto Taliban rulers who are currently destroying the achievements of the last twenty years.

Wake up call for the European Union

The withdrawal of US and international forces from Afghanistan is a collective failure of Western foreign and security policy and strategy, MEPs say, and serious lessons must be drawn for the future. They also point out that this failure could be a strategic advantage for non-Western powers and neighbouring countries, notably Pakistan, as well as China and, to a lesser extent, for Russia.

MEPs stressed that the EU needs to reinforce significantly its capacity to act autonomously and to strengthen its defence cooperation by building a genuine European Defence Union.

Pople at risk following the Taliban’s takeover of Afghanistan should be given help, MEPs said in a debate on the country’s future.

Members stressed the need for the EU to help people leave the country safely in the wake of the Taliban’s return to power, during the debate on 14 September. “All those in the focus of the Taliban – whether they are activists, women’s rights advocates, teachers or civil servants, journalists – we have to ensure that they can come to us,” said Michael Gahler (EPP, Germany).” He also said neighbouring countries must be supported in helping the arriving refugees.

Iratxe García Pérez (S&D, Spain) said it is important to look at how to stabilise the country and protect the rights of Afghans. “We have established a centre in Madrid to support those who worked with us in Afghanistan and their families and relations and we need to do much more of this and establish a proper humanitarian corridor supported by the External Action Service so that the thousands of people who are still in Afghanistan can get the requisite visas and leave the country safely.”

“What we have seen in Afghanistan is certainly a tragedy for the Afghan people, a setback for the West and a potential game-changer for international relations,” said foreign policy chief Josep Borrell.

“To have any chance of influencing events, we have no other option but to engage with the Taliban,” he added, explaining that engagement doesn’t mean recognition.

Other MEPs said it was not only about getting people out of Afghanistan but also about looking after those remaining in the country. “We have to secure the lives of Afghan change-makers and civil activists and to save millions facing poverty and famine,” said Petras Auštrevičius (Renew, Lithuania). “Afghanistan should not be led by radical mullahs, but by the educated, open-minded and (those) oriented towards the common good of Afghans.”

Jérôme Rivière (ID, France) looked beyond Afghanistan to the impact on the EU. “Member states have to protect themselves and to protect their populations. The people of Europe should not be subjected to more migration such as the one that followed the Syrian conflict. Like you, I am concerned about the fate of civilians and women in Afghanistan and I do not like to see the Islamists rise to power, but I refuse another wave of migration from Afghanistan.”

Tineke Strik (Greens/EFA, the Netherlands) suggested it is time to reflect and learn from this debacle to create a stronger and effective foreign policy. “The Afghan people face an enormous humanitarian disaster, shortages of food, water and other basic needs. Those Afghan people were counting on us. So let us do whatever we can to protect them against the Taliban terror,” she said, calling for EU-coordinated evacuations, humanitarian visas and access to aid. “Help the people and prevent any type of recognition of the Taliban as long as human rights are at risk,” she said.

Anna Fotyga (ECR, Poland) called for a multilateral, international approach to Afghanistan, as was done 20 years ago: “I think that multilateralism is the way to solve this problem. (…) Now we have to have as broad as possible efforts and a concrete strategy for Afghanistan.”

Facilitate further evacuation of EU citizens and Afghans at risk.
Engage operationally with the Taliban without officially recognising them.
No forced returns to Afghanistan under any circumstances.
Support Afghanistan’s neighbours and create humanitarian corridors.
EU needs to reinforce its capacity to act autonomously.