EU is with Pakistan in its efforts to promote interfaith harmony: Envoy

In a meeting with the Federal Minister for Religious Affairs and Interfaith Harmony Pir Noor-ul-Haq Qadri in Islamabad on Tuesday, the envoy said that the European Union (EU) will always continue to support Pakistan’s efforts to promote inter-faith harmony.

During the meeting, relations between Pakistan and the European Union, Pakistan’s emerging positive image at the international level, and matters of mutual interest were discussed. 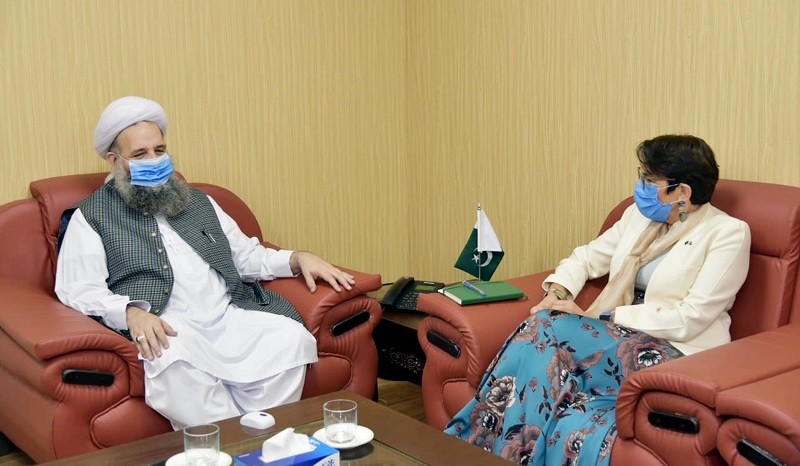 The EU ambassador said that the recent Coronavirus (COVID-19) epidemic has severely affected all human beings but life is slowly returning to the normal.

The minister thanked the ambassador and said that Pakistan has always been vocal in protecting the rights of minorities around the world.

Pir Noor-ul-Haq Qadri said that Pakistan is prominent in its region in terms of providing freedom and rights to minorities.

The religious affairs minister said that the present government’s Kartarpur Corridor project is a prime example of interfaith harmony.

Pir Noor-ul-Haq Qadri told the delegation that the National Minorities Commission would be further improved through an Act of Parliament while inter-faith harmony committees were being organized at the district level.

The federal minister further said that negative propaganda was being spread against Pakistan on the issue of forced conversion.

Mati
Mati-Ullah is the Online Editor For DND. He is the real man to handle the team around the Country and get news from them and provide to you instantly.
Share
Facebook
Twitter
Pinterest
WhatsApp
Previous articleJapan intends to extend business relations with Pakistan: Envoy
Next articleACCA, State Bank collaborate to support SMEs in Multan region