England beat Pakistan by 26 runs in the Second Test Match at Multan Cricket Stadium, and won the three-match series 2-0.

In the pursuit of a target of 355 runs, Pakistan was bowled out for a total of 328 runs in their second innings on Monday, falling short of 26 runs. 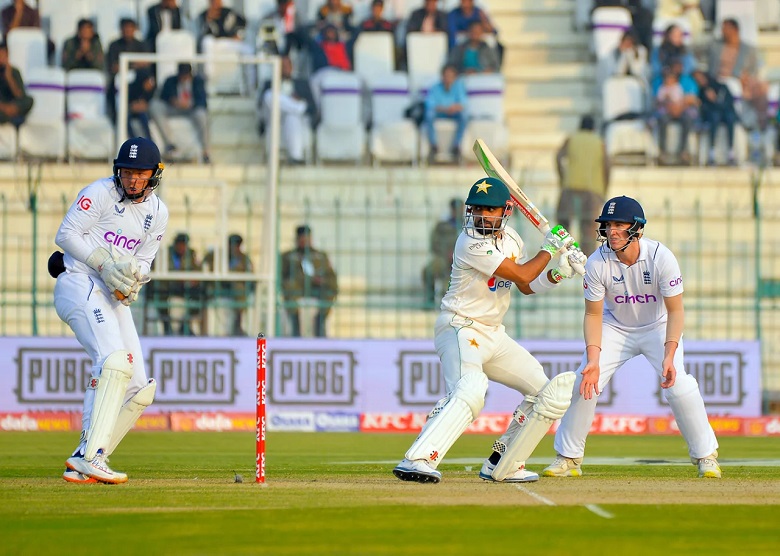 Pakistan resumed their second innings at the overnight score of 198 for 4 on Monday morning but after adding 126 more runs to their total, the entire side was bowled out.

In the second innings, Saud Shakeel remained the top scorer for Pakistan with 94 runs followed by Imam-Ul-Haq who struck 60 runs.

England’s Harry Brook was declared Man of the Match for scoring 108 runs in the second innings.

Earlier, Pakistan lost to England by 74 runs in the first Test played at Pindi Cricket Stadium in Rawalpindi on December 01-05, 2022.

The last and final Test match between Pakistan and England will be played at Karachi on December 17-21.

Mati
Mati-Ullah is the Online Editor For DND. He is the real man to handle the team around the Country and get news from them and provide to you instantly.
Share
Facebook
Twitter
Pinterest
WhatsApp
Previous article
PM Shahbaz Sharif strongly condemns unprovoked firing by Afghan Border Forces at Chaman
Next article
OIC Secretary General reiterates OIC’s full support for resolution of Kashmir dispute
Share
Facebook
Twitter
Pinterest
WhatsApp