On Pakistan’s call, an Emergency Virtual Meeting of the OIC Contact Group on Jammu & Kashmir was held at the Ministerial level on Monday, focused on the worsening situation in Indian Occupied Jammu and Kashmir (IOJ&K).

The Foreign Ministers of Azerbaijan, Saudi Arabia, Turkey, and senior representatives of Niger attended the meeting and made statements.

The President of Azad Jammu & Kashmir Masood Khan and True Representatives of the Kashmiri People also participated in the deliberations and shared their perspective. 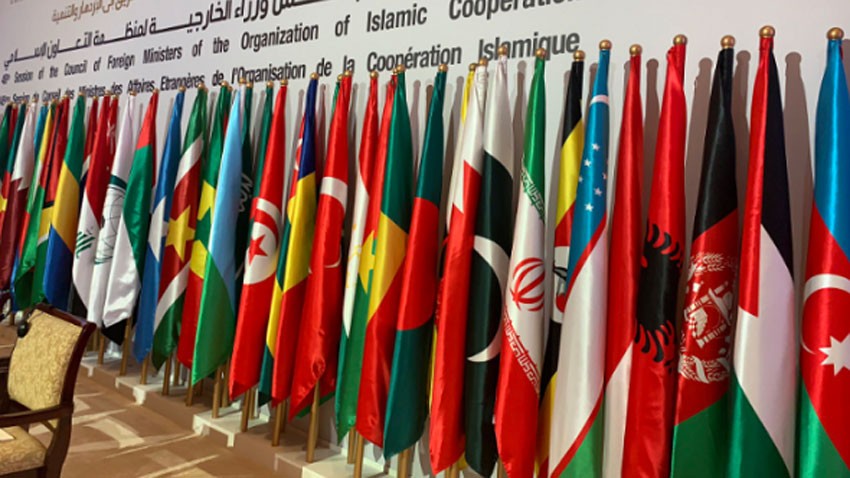 In his opening remarks, the OIC Secretary-General stressed the OIC’s commitment to finding a peaceful settlement of the Jammu and Kashmir dispute in accordance with the relevant resolutions of the UN, Islamic Summits and CFMs.

The OIC Secretary-General called on “the international community to strengthen its efforts to assist the people of Kashmir to decisively practice their legitimate rights denied for decades.”

In his statement, the Foreign Minister Shah Mahmood Qureshi apprised the participants of the worsening situation in IOJ&K and India’s illegal and unilateral steps of 5 August 2019.

The foreign minister stated that the RSS-BJP dispensation in India was bent upon perpetuating India’s illegal occupation of IOJ&K to pursue its Hindutva agenda.

Highlighting the plight and agony of the people of Kashmir, he stated that 8 million Kashmiris continued to face lockdown, military siege, communications blockade, and unprecedented restrictions for over 10 months.

Shah Mahmood Qureshi said that Indian occupation forces were operating brutally with complete impunity to suppress the legitimate struggle of the Kashmiris for their inalienable right to self-determination. There are repeated instances of extra-judicial killings in fake “encounters”, “cordon-and-search” operations, indiscriminate use of pellet guns, and “collective punishment”.  At least 30 young Kashmiris have been martyred in the last 20 days. The Kashmiri leadership remains incarnated. Such actions represented India’s state terrorism in its worst form. He deplored that in the garb of the COVID-19 crisis, India was imposing even more stringent lockdown in the occupied territory.

The foreign minister highlighted that India has intensified ceasefire violations along the Line of Control (LoC) and Working Boundary, 1440 since January 2020, and in order to divert world’s attention from its unacceptable actions in IOJ&K, India may resort to “false flag” operation and undertake some other misadventure which could imperil regional peace and security.

The minister appreciated the OIC’s consistent and unequivocal support on the Jammu & Kashmir dispute- which can only be resolved in accordance with the UNSC resolutions and wishes of the Kashmiri people.

Qureshi welcomed the important pronouncements of the OIC and its human rights body, IPHRC, rejecting India’s illegal actions in IOJ&K.

Shah Mahmood Qureshi highlighted that the adoption of the Ministerial Communiqué by the Contact Group further manifested the OIC’s commitment to the Kashmir cause.