Embassy of Ukraine in Islamabad remembers victims of Holodomor Genocide

Islamabad, Pakistan: The Embassy of Ukraine in Islamabad on Monday remembered nameless victims of Holodomor Genocide which was a man-made systematic purge of Ukrainians under Stalin rule during 1932-33, reports DND News Agency.

While addressing the event, the Ambassador of Ukraine in Pakistan Lakomov Ivanovich remembered how Ukrainians were eliminated under Soviet Union authorities and he stated that Ukrainians as nation would never forget what happened to them under Soviet rulers.

“We commemorate the victims of Holodomor, genocide of Ukrainian population, which left deep wounds not only on the body of Ukrainian nation, but on all of humanity. It was a crime, committed by the Soviet regime and it was one of the most tragic events in the 20th century world history”, maintained the Ambassador.

Ambassador informed participants that before World War I, Ukrainian farmers (90% of the population) harvested 20% of the World’s wheat and 10% of the corn productions and had been considered as Bread Basket of Europe. 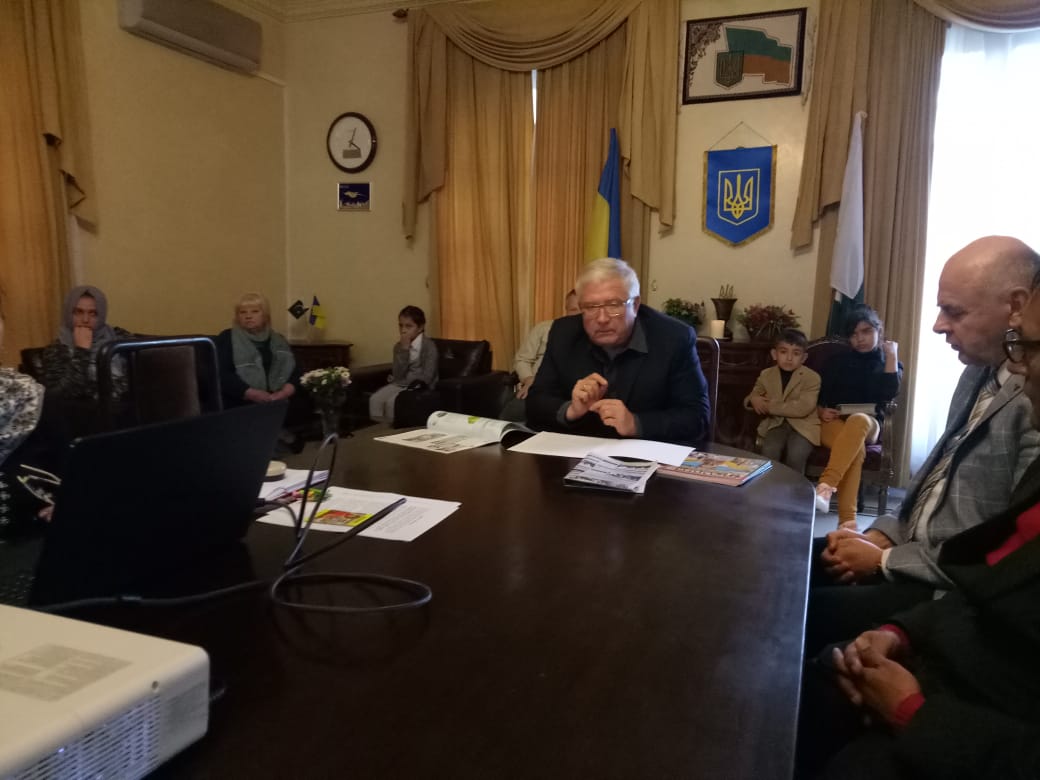 It may be mentioned that Ukrainian lands had been divided, and at 80% of Ukrainian ethnic territory fell under the control of Soviet Russia. By the end of 1920 the Soviet Army captured a large portion of the territory of Ukraine.

It provoked a resistance against Communist regime with more than 100.000 fighters. Under these circumstances, the Bolsheviks launched an anti-Ukrainian policy – to destroy the traditional style of life, nationalize industry, regulate the trade and agriculture and vanish Ukrainian culture. It was the first period when the Soviet regime used famine as a weapon of mass terror to suppress Ukrainian opposition.

“In 1927, the decision to finally collectivize agriculture adopted, which launched the elimination of “prosperous” farmers, grain confiscation and total change in agriculture production. A lot of efforts had been made by Soviet propaganda to create an image of “Kulaks”, greedy farmers, “bourgeois nationalists”. In 1932 the Soviet government created a chain of special decrees and decisions which led to the mass starvation in Ukraine, in the beginning of 1933, Stalin personally ordered Ukrainian farmers to give up all the grain. As a result, Holodomor took away millions of human lives”, stated Ambassador of Ukraine in Pakistan Lakomov Ivanovich.

He was of the view that was important to reveal the story of Holodomor and its effects as even now one cannot be sure that history will not repeat itself. There are more and more signs of increasing numbers of genocides occurring in our modern world.

It may be remembered that Holodomor (Голодомо́р) literally means “death by hunger” took place during 1932-33. This man-made famine happened as Stalin’s Soviet police enforced the brutal policy of collectivising agriculture by requisitioning grain and other foodstuffs from farmers and dumped food stuff under government control.

Dr. Olena Bordilovska, the Second Secretary on Culture and Humanitarian issues in Ukraine Embassy gave a detail presentation about background of Holodomor and informed participants that independent writers consider this event as Famine-Genocide of ethnic Ukrainians and during the Holodomor, millions of Ukrainians died of starvation as Soviet government took away grains from fields and nothing was left to people for eating.

Dr. Olena Bordilovska showed photos from history and documents that malnutrition played havoc with Ukrainians who died of hunger in chilling winters because they had nothing to eat and their sources of production like horses, grain seeds and agriculture tools were taken away by Soviet authorities.

Related Link: A meeting with Holodomor

Senior journalists and Chief Editor of DND News Agency who took interviews with surviving generation of Holodomor while giving his testimony said that Holodomor haunted for generations to come in Ukraine because hunger was forced onto people by design. He was of the view that withdrawal of grain and letting Ukrainians died with hunger was a part of Soviet plan to purge and penalized Ukrainians who refused to accept subjugation of Soviet rule and continued to fight for their freedom.

He stated that history testified that Soviet rulers decided in years 1927-28 to punish Ukrainians for their nationalism and imposing man-made famine on Ukrainians was part of this design of purging those did not bow down to Soviet Union.