Efforts to be made to make Pakistan best tourist destination as per PM vision: Samra Kakakhel

PoliticsEfforts to be made to make Pakistan best tourist destination as per...
Politics
By Mati
May 15, 2020
Advertisement

Samra Athar vowed that she would leave no stone unturned and would play her role to turn the dream of Imran Khan a reality of making Pakistan the best tourist destination in the world.

She said that the strong culture of any nation is the identity of that nation according to its religious values. So with this in mind, she said that the survival and recognition of our culture is essential not only in the country but also at the international level.

Samra Athar Kakakhel was recently sworn in as the Finance Secretary of the Sports and Cultural Wing of the PTI.


As many as 17 members attended the swearing-in ceremony and those who could not attend were added to the online oath via video link.

The Party Chief Organizer Saifullah Khan Niazi administered the oath to all members. 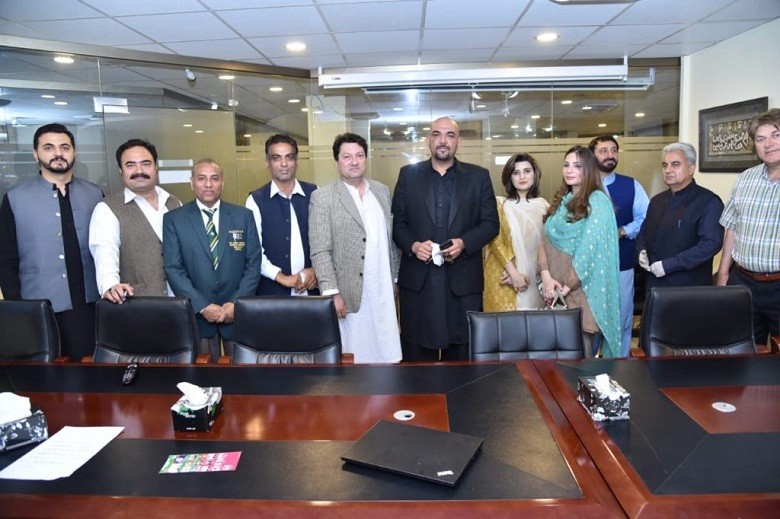 Samra went on to say that she would further improve and work on the blend agenda of our leader Imran Khan as per the manifesto of the party and we are trying our best to make our culture and sports known in and outside the country.

Samra is a known lobbyist at the Pakistan Institute for Parliamentary Services and Parliament of Pakistan, Bilateral business exchange, Human rights activist, and political activist.

“I have a strong faith and believe as soon as we are free from this pandemic situation we will take some immediate steps such as organizing cultural and sports festivals and working on documentaries especially at home and abroad,” she said.

Moreover, she further said that how to create new and useful ways for those who have kept this culture alive, especially those who have been neglected to this day.

Samra expressed optimism that the country’s image would be further improved and a good time ahead since it is being ruled by an honest and sincere Prime Minister Imran Khan.

“We have the opportunity to support the Prime Minister and carry forward his manifesto, which is our survival and development,” she added.

Mati
Mati-Ullah is the Online Editor For DND. He is the real man to handle the team around the Country and get news from them and provide to you instantly.
Share
Facebook
Twitter
Pinterest
WhatsApp
Previous article
It’s high time to bid farewell to Huawei Phones because of the US Ban
Next article
Qureshi discusses COVID-19 pandemic with Japanese FM on phone
Share
Facebook
Twitter
Pinterest
WhatsApp