ISLAMABAD, Pakistan: The Foreign Minister Shah Mahmood Qureshi has said that we are taking practical steps for the promotion of bilateral trade between Pakistan and Afghanistan.

Talking to an Afghan delegation led by the Leader of Hezb-e-Wahdat-e Islami Ustad Karim Khalili at the Ministry of Foreign Affairs in Islamabad on Tuesday, Qureshi said that Pakistan’s fraternal ties with Afghanistan are rooted deep in shared history, faith, culture, values, and traditions.

The foreign minister said that Pakistan fully supports all efforts for peace, stability, and prosperity of the Afghan people. 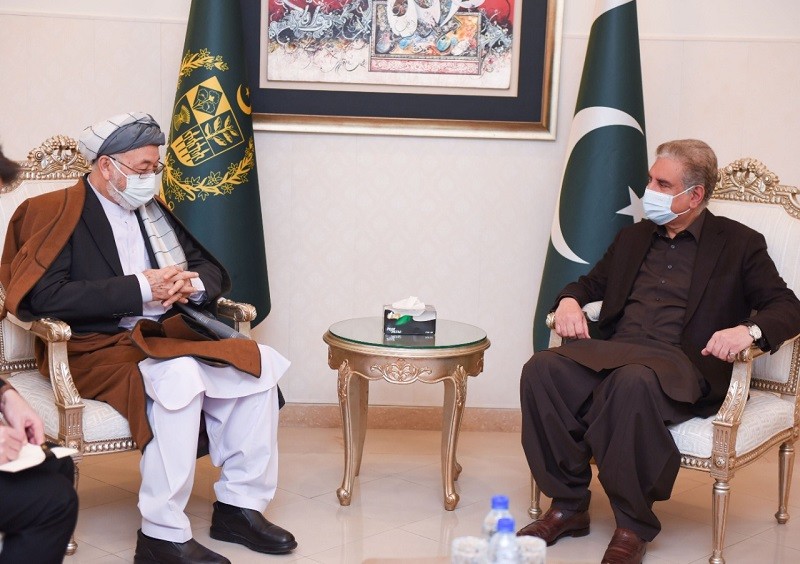 Reaffirming Pakistan’s commitment to continue its efforts for peace and stability in Afghanistan, he said that Pakistan welcomes the commencement of the second round of intra Afghan negotiations in Doha.

Shah Mahmood Qureshi expressed satisfaction over the progress in the intra Afghan dialogue saying that it provides a unique opportunity to the Afghan leadership which must be seized for peace in Afghanistan.

However, he regretted that India is acting as a spoiler in Afghanistan and we have presented irrefutable evidence in this regard before the World Community.

Turning to initiatives to further cement bilateral ties, the foreign minister said that Pakistan has introduced a New Visa Policy to facilitate the Afghans.

The foreign minister also said that Pakistan desires the early but dignified return of the Afghan refugees to their homeland.

In his remarks, Ustad Karim Khalili commended Pakistan’s facilitation role in the Afghan peace process. He also thanked the Pakistani leadership and people for hosting the Afghan refugees over the last many decades.

The Foreign Secretary Sohail Mahmood and the Prime Minister’s Special Representative for Afghanistan Ambassador Muhammad Sadiq were also present in the meeting.

The Leader of Afghanistan’s Hezb-e-Wahdat-e Islami Ustad Karim Khalili along with a delegation is visiting Islamabad from January 11-13, 2021.

His visit is part of Pakistan’s ongoing policy to reach out to political leadership in Afghanistan to forge a common understanding on the Afghan peace process and deepen people-to-people linkages.

Mati
Mati-Ullah is the Online Editor For DND. He is the real man to handle the team around the Country and get news from them and provide to you instantly.
Share
Facebook
Twitter
Pinterest
WhatsApp
Previous article19-year-old Tarun Bhatti – The Owner of 3 Companies
Next articlePakistan Navy successfully test fires anti-ship missiles and torpedoes