ISLAMABAD: Rejecting the Interior Ministry’s request to postpone the upcoming by-elections for 90 days, the Election Commission of Pakistan (ECP) has decided to hold the polls as per the schedule.

Last Friday, the Interior Ministry had sent a letter to the ECP, seeking the postponement of by-elections slated to be held on October 16 for 90 days for reasons i.e. Pakistan Tehreek-e-Insaf’s (PTI) planned long march towards Islamabad and catastrophe caused by recent floods.

However, it postponed the by-election in NA-45 Kurram due to deteriorated law and order situation in the area, saying the date for holding the polls in the said Constituency will be announced later.

The ECP also decided that the second phase of local bodies elections in all districts of the Karachi Division will also be held as per the schedule on October 23, 2022. 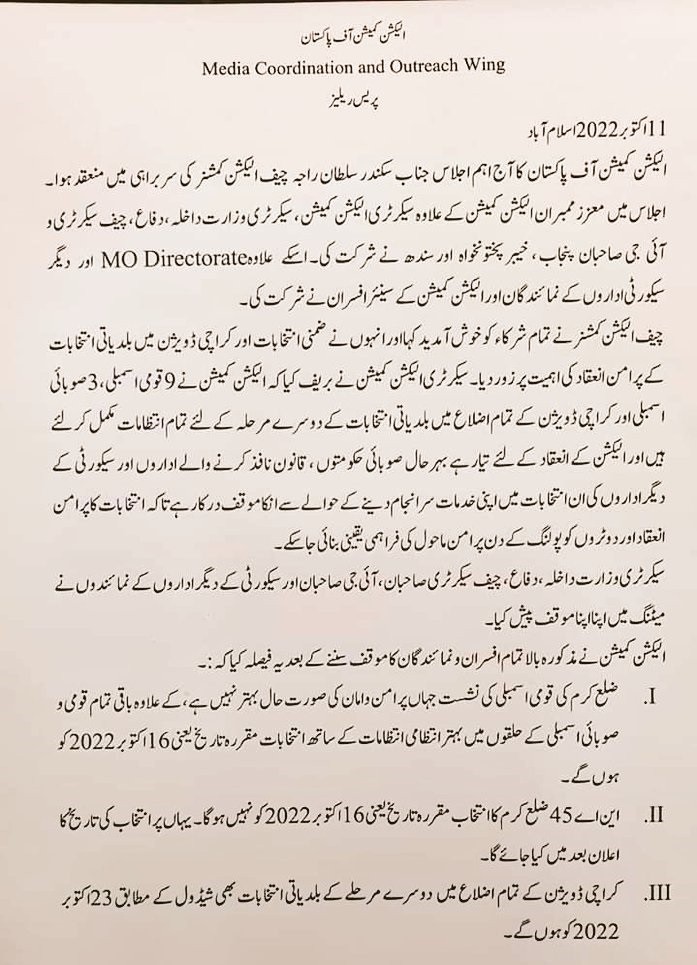