ISLAMABAD, Pakistan: The Dutch Queen Maxima, who as the UN Secretary General’s Special Advocate for Inclusive Finance for Development reached Pakistan earlier in the morning for a day three-day visit, arrived at the Ministry of Foreign Affairs in Islamabad and met the Foreign Minister Shah Mahmood Qureshi.

During the meeting, various issues of economic revival and socio-economic development of the people in Pakistan were discussed. 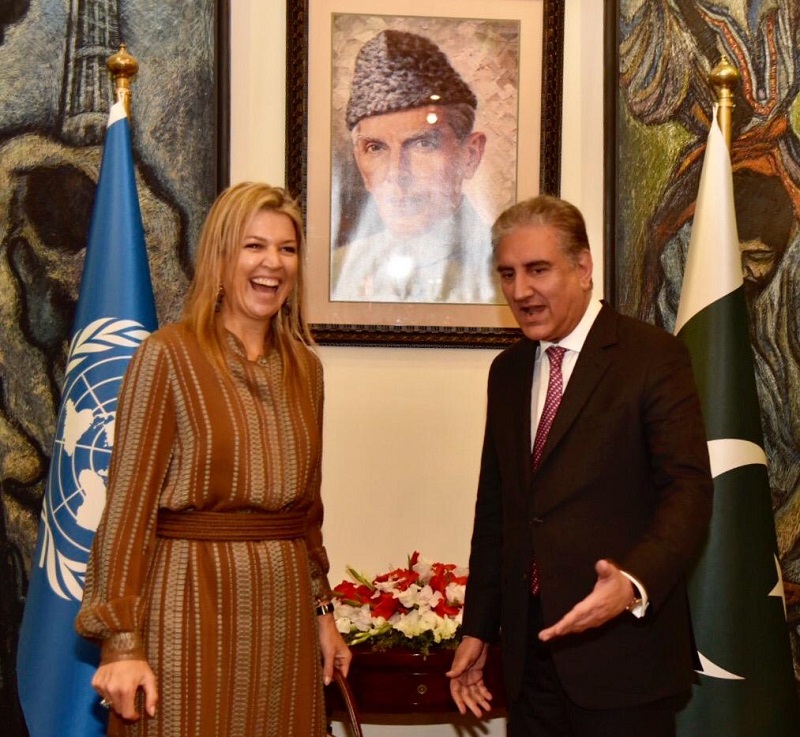 The two sides agreed to promote cooperation in the fields of renewable energy, agriculture and horticulture.

The foreign minister said that today Pakistan is being recognized as a peaceful Country around the world, and the arrival of Queen Maxima after the visit of British Royal Couple Prince Willian and Kate Middleton is a manifestation of Pakistan’s positive image.

Qureshi said that Pakistan values its bilateral relations with Netherlands, and numerous Dutch Companies are operating in Pakistan with success.

Shah Mahmood Qureshi said that through economic and cultural diplomacy, world’s attention is being drawn to available opportunities for business development and tourism in Pakistan. He said that the incumbent government is taking concrete steps to boost investment and tourism. 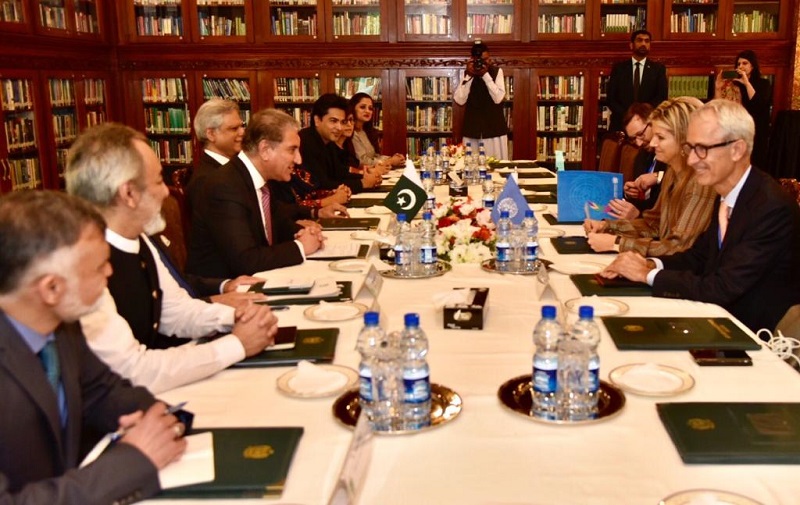 Furthermore, the foreign minister expressed Pakistan’s deep concerns over recent incidents of Islamophobia and religious hatred in Europe. He said that such incidents have hurt the sentiments of Muslims around the world including in Pakistan.

Queen Maxima thanked the foreign minister for the warm welcome, and assured him of full support for achieving the goals of sustainable development in Pakistan.

Earlier the Dutch Queen Maxima visited different trade institutions in Islamabad, wherein she got information from the traders about their business. She also visited Reliance Distribution in Islamabad.

During her visit, Queen Maxima will also meet President Dr Arif Alvi and Prime Minister Imran Khan, besides engagements with a range of stakeholders from the public and private sectors.

Mati
Mati-Ullah is the Online Editor For DND. He is the real man to handle the team around the Country and get news from them and provide to you instantly.
Share
Facebook
Twitter
Pinterest
WhatsApp
Previous articleOutgoing CJCSC General Zubair Mahmood Hayat meets PM Imran Khan
Next articleJazz to Deliver More Value with its Empathy Lab