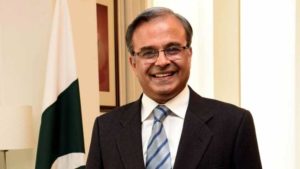 ISLAMABAD, Pakistan: Dr. Asad Majeed Khan has been appointed as the new Foreign Secretary of Pakistan with immediate effect.

The Establishment Division has issued the notification of the appointment of Dr. Asad Majeed Khan as the 31st Foreign Secretary.

Asad Majeed has replaced Sohail Mahmood who served the Country as the Foreign Secretary from April 17, 2019 to September 29, 2022.

Previously, Asad Majeed was posted as Pakistan’s Ambassador to Belgium, the European Union and Luxembourg. 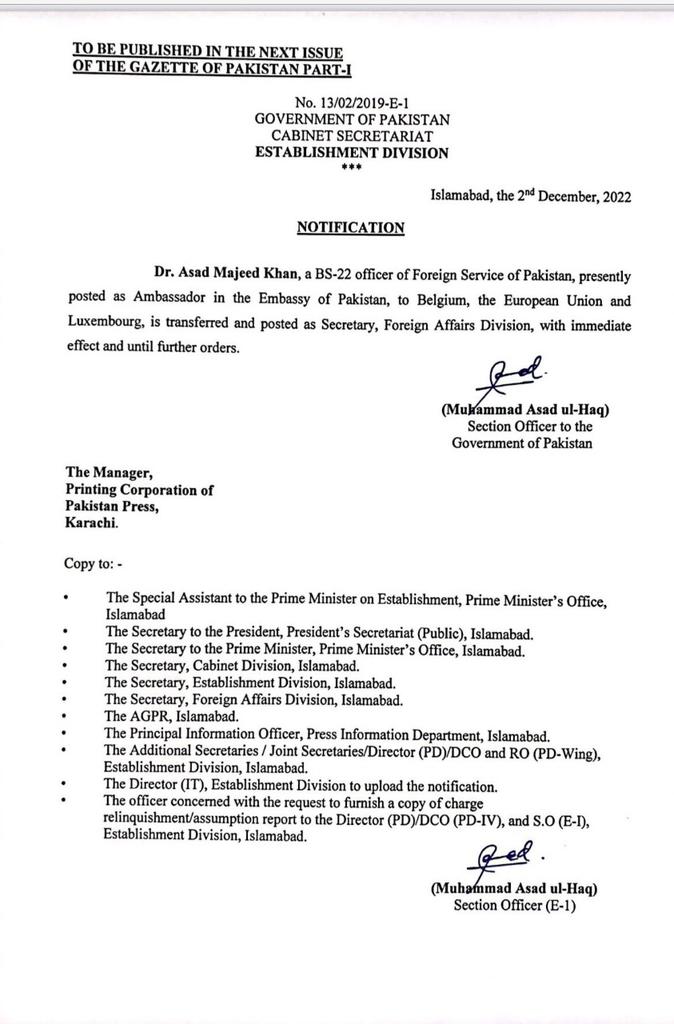 Dr. Asad Majeed holds a Doctorate in International Economic and Business Law (LL.D.) from Kyushu University, Japan and has been a resource person at a number of academic institutions.

He is married and has two children.