The Conference brought together experts from various sectors which included the Ministry of Human Rights, the Ministry of IT and Telecommunication, the National Database and Registration Authority (NADRA), and other relevant stakeholders.

The event started off with a keynote address from the Executive Director of DRF Nighat Dad, who stated that “the right to privacy is a fundamental right; however, what that means in the digital age requires a detailed and nuanced discussion that includes all stakeholders–the state, businesses, civil society, and ordinary citizens.”

The first panel titled, “How Private is the Digital ID in Pakistan” featured the Chairperson NADRA Tariq Malik.

Mr. Tariq Malik highlighted the importance of a data protection law in Pakistan to ensure standardization of data privacy practices as an important part of the “social contract between citizens and the government”. 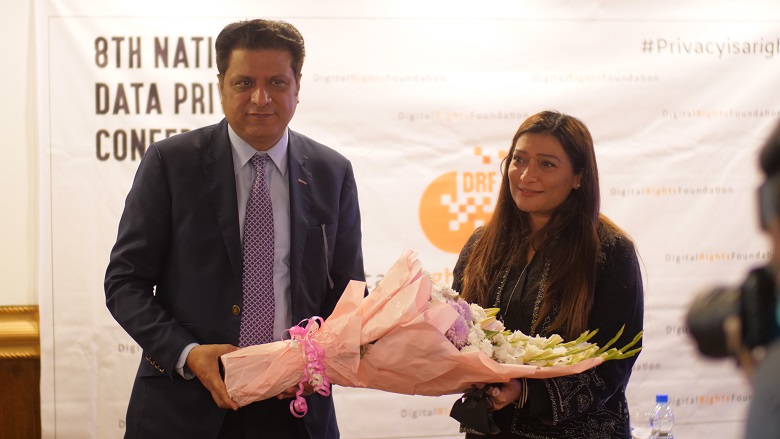 The Chairman NADRA highlighted that sections 28 and 29 of the NADRA Act provide legal safeguards against privacy breaches and NADRA is moving towards anonymization of personal data.

“Drafting the Data Protection Legislation: Progress and Next Step”’ was the second panel of the day including the Director IT of the Ministry of IT and Technology Bilal Abbasi and the  Founder and CEO of Katalyst Labs Jehan Ara.

Ms. Jahan Ara highlighted that “a strong personal data protection law needs to apply both to the public and private sector because public bodies hold large amounts of data on citizens.” 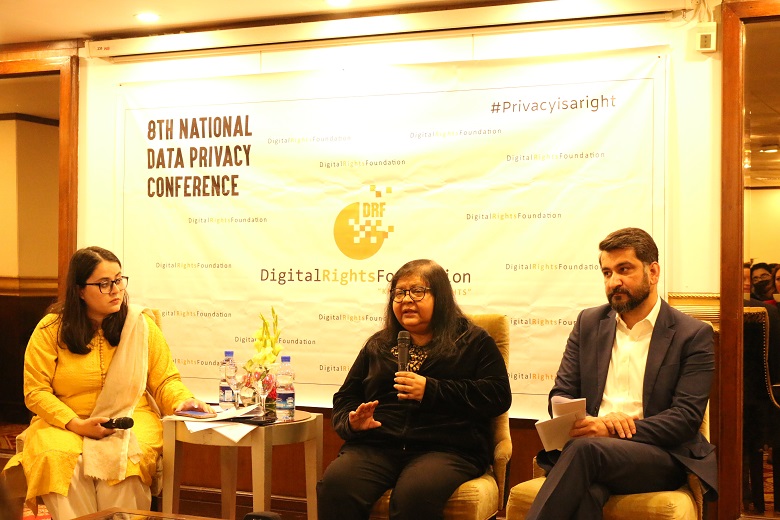 Mr. Bilal Abbasi said that “the Ministry has been working on the Personal Data Protection Bill since 2017, though the first draft was not as human rights friendly, the current version of the law reflects the international best practices such as the GDPR while taking into account Pakistan’s local context.”

The final panel, “Privacy from a Human Rights Perspective”, was split into two parts; the first half with DRF Executive Director Nighat Dad in conversation with Human Rights Minister Shireen Mazari. 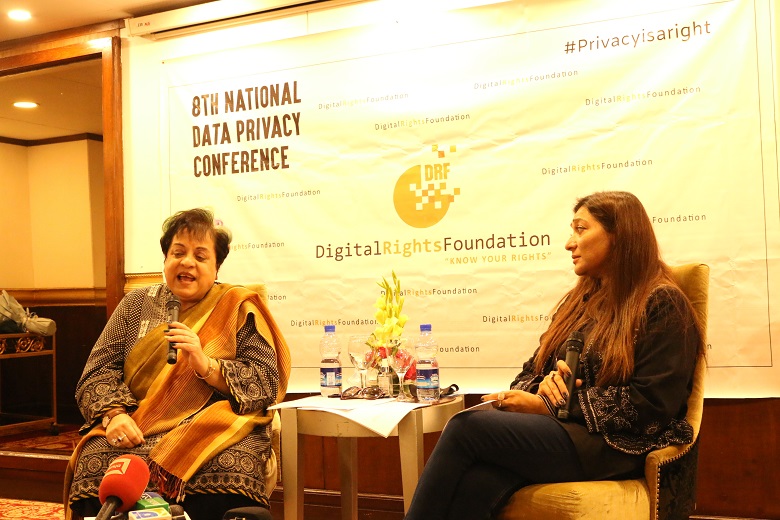 Ms. Shireen Mazari stated that the “right to privacy is a fundamental human right but the right needs to be balanced with other competing rights.”

The human rights minister went on to highlight that “privacy is even more important for women, just look at the Noor Muqadam case mainstream media aired footage that caused so much distress for her family. Newer amendments to violence against women laws now ensure privacy of the victim of violence to ensure their dignity.”

Speaking separately on the Protection of Journalists & Media Professionals Bill, Ms. Mazari called it a “landmark achievement of our government, it has included inputs from all major journalist bodies and senior journalists.”

The second half of the panel had the Director at Bolo Bhi Usama Khilji.

The Digital Rights Foundation is a registered research-based NGO in Pakistan. Founded in 2012, the DRF focuses on ICTs to support human rights, inclusiveness, democratic processes, and digital governance.