Details of 50 Chinese nationals arrested in Pakistan for fake marriages

ISLAMABAD, Pakistan: The Senate was told on Friday that 50 Chinese nationals have been arrested by the Federal Investigation Agency (FIA) since 2015 for their involvement in fake marriages with Pakistani girls, the Dispatch News Desk (DND) news agency reported.

In a written reply to a question by Senator Mian Muhammad Ateeq Shaikh, the Minister for Interior Ijaz Ahmed Shah told the Upper House that the following victim girls were safely brought back to Pakistan from China:—

The minister further told that at different circles of FIA, five cases have been registered against Chinese nationals on various charges including forcing Pakistani girls for sexual exploitation and human organ harvest, illegal trafficking of Pakistani girls through Pakistani agents to China for the purpose of commercial sex and extraction of human organs etc, and on suspicion of being involved in fake marriages for the sake of human trafficking, organs trade and immoral activates etc.

Following are names of Chinese nationals and details of cases against them; 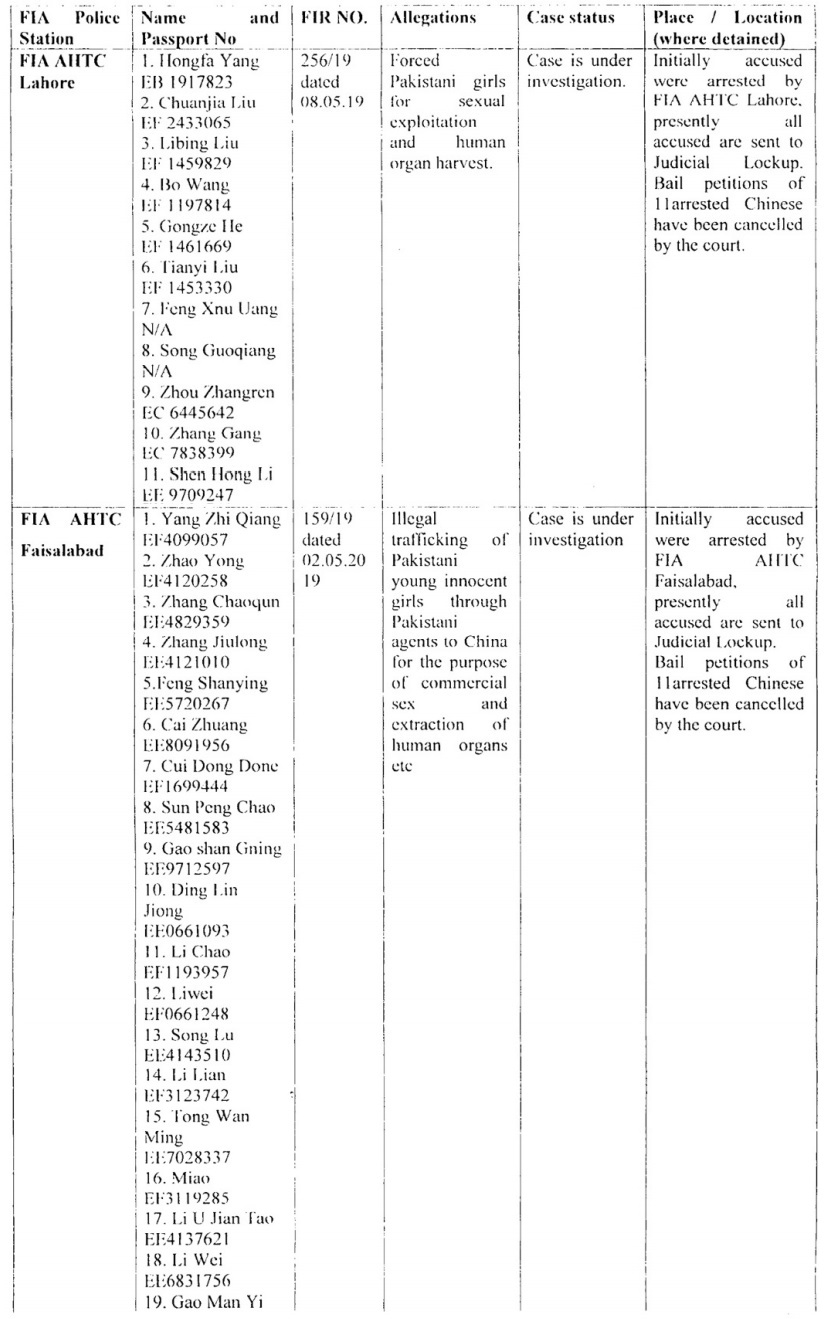 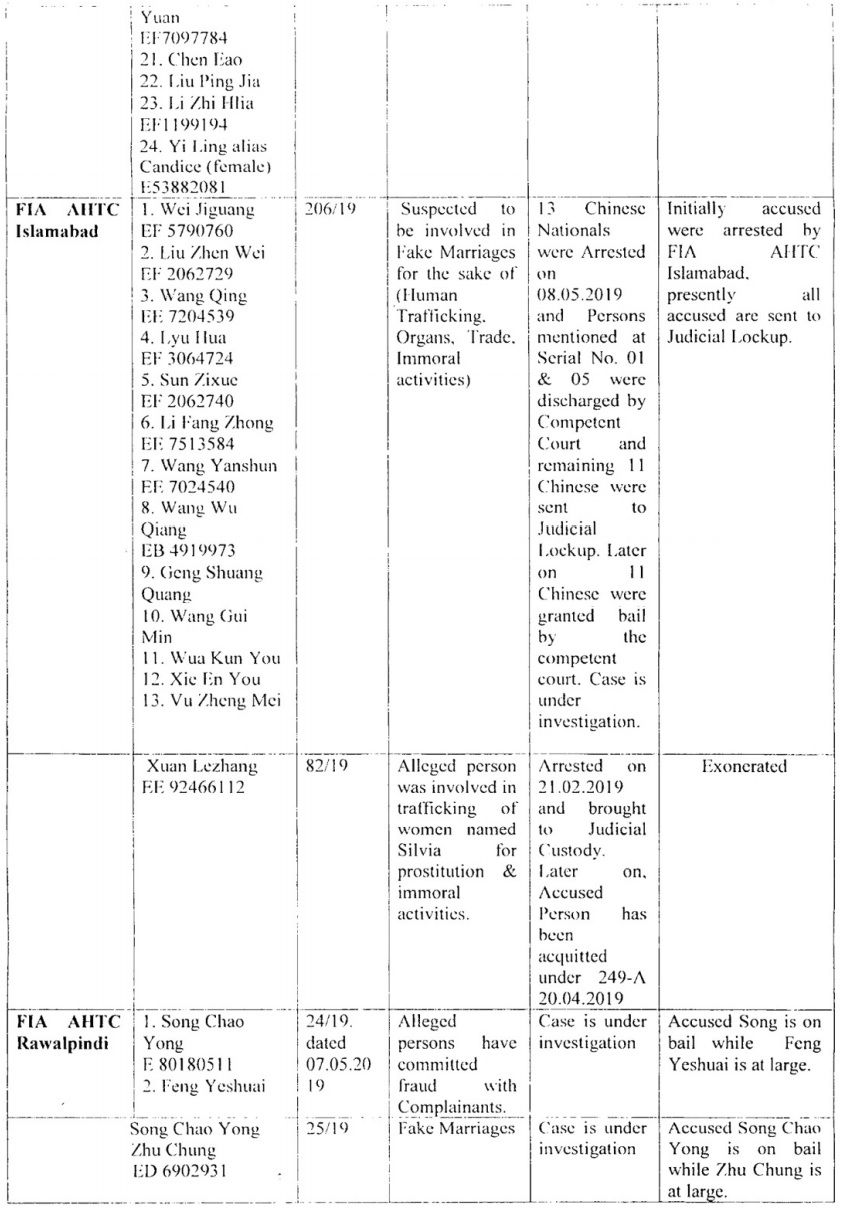 Following are the achievements of FIA in the said cases;