ISLAMABAD, Pakistan: A delegation of Women Chamber of Commerce and Industries from Khyber Pakhtukhwa, Punjab, Sindh and Balochistan led by MNA Sajida Zulfiqar met President Dr Arif Alvi at the Aiwan-e-Sadr in Islamabad on Wednesday.

Talking to the delegation, President Arif Alvi said that working women have the dual responsibility of not only advancing their careers but also taking care of their household affairs, and for this reason alone, they deserve great appreciation. 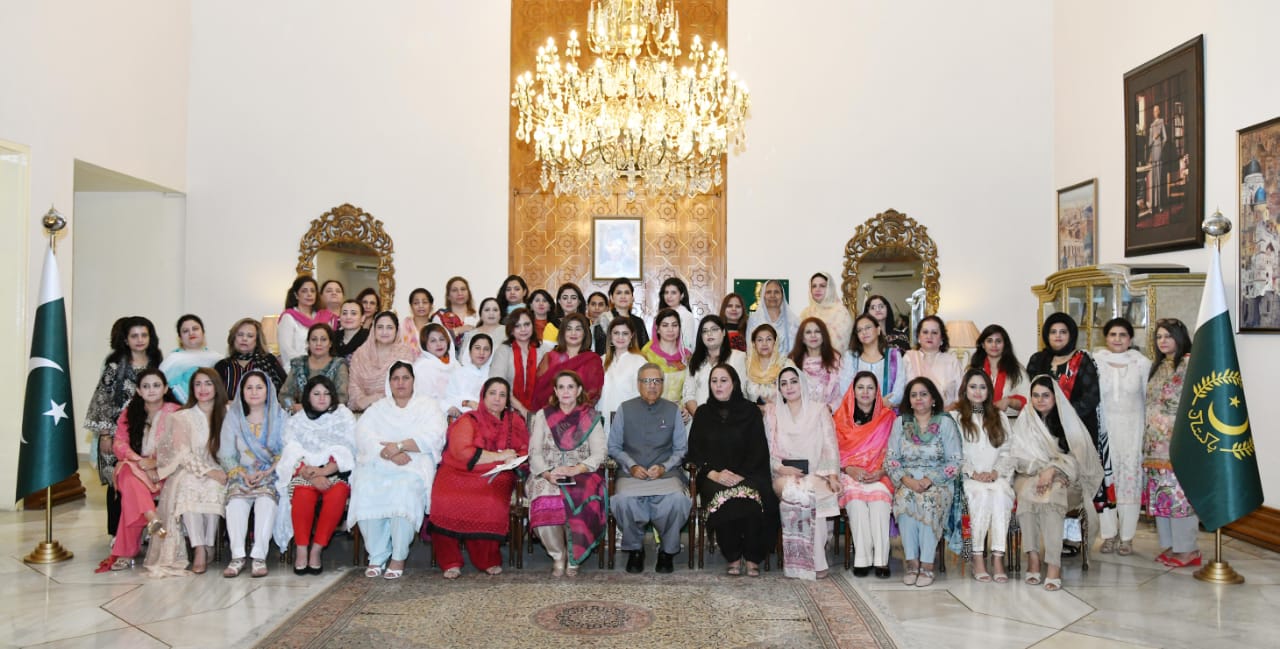 Responding to a question on access to finance for business, the president emphasized that the surest way to provide finances to women was by ensuring their right to inheritance, as they were most often deprived of this right. He highlighted that today the technology had erased the need of having to go out of home for business, as women could easily display and promote their products online.

Dr Arif Alvi said that women empowerment in all sectors was essential to improving Pakistan’s overall economy as women constitute a large proportion of our population. He said that women empowerment was a multi-sectoral concept and encompassed the physical and mental wellbeing of the women, for which it was necessary that the prevalence of malnutrition and stunting was curbed, he added.

In response to another question on social resistance to working women, he underscored that a large number of our female doctors forwent their medical careers for societal considerations, which was a huge waste of the Government investment on doctors. In the same vein, he added, the genuine challenge of increasing incidences of depression in our society was being overlooked because of social taboos. Therefore, he stressed the need to combat these taboos and educate the masses.

The president said that empowered women must become the support system of the impoverished women. In this regard, he advised the delegation to engage women parliamentarians, through Women Parliamentary Caucus, for women specific issues. He also endorsed the proposal of the delegation for vocational training courses and said that such training courses must be disseminated online to enhance their access.

In the end, the president assured the delegation of the government’s commitment to enhance ease of doing business and facilitate all business activity in the Country.

Mati
Mati-Ullah is the Online Editor For DND. He is the real man to handle the team around the Country and get news from them and provide to you instantly.
Share
Facebook
Twitter
Pinterest
WhatsApp
Previous articleDenmark and Pakistan can work together for Climate Change: Danish Envoy
Next articleArmy Chief visits earthquake affected areas of AJK