New Delhi, India: Dalit scholar, Prof. Anand Teltumbde who is jailed for raising voice for Kashmir as well as for Delhi massacre of Muslims is facing life risk at Taloja Jail.
69-year old Teltumbde who is grandson-in-law of Babasaheb Ambedkar—the architect of the Indian Constitution, has been housed in a jail that has high number of COVID-19 positive staff and prisoners, given the risk to his health because of his pre-existing health conditions and recent history of exposure to the Coronavirus. 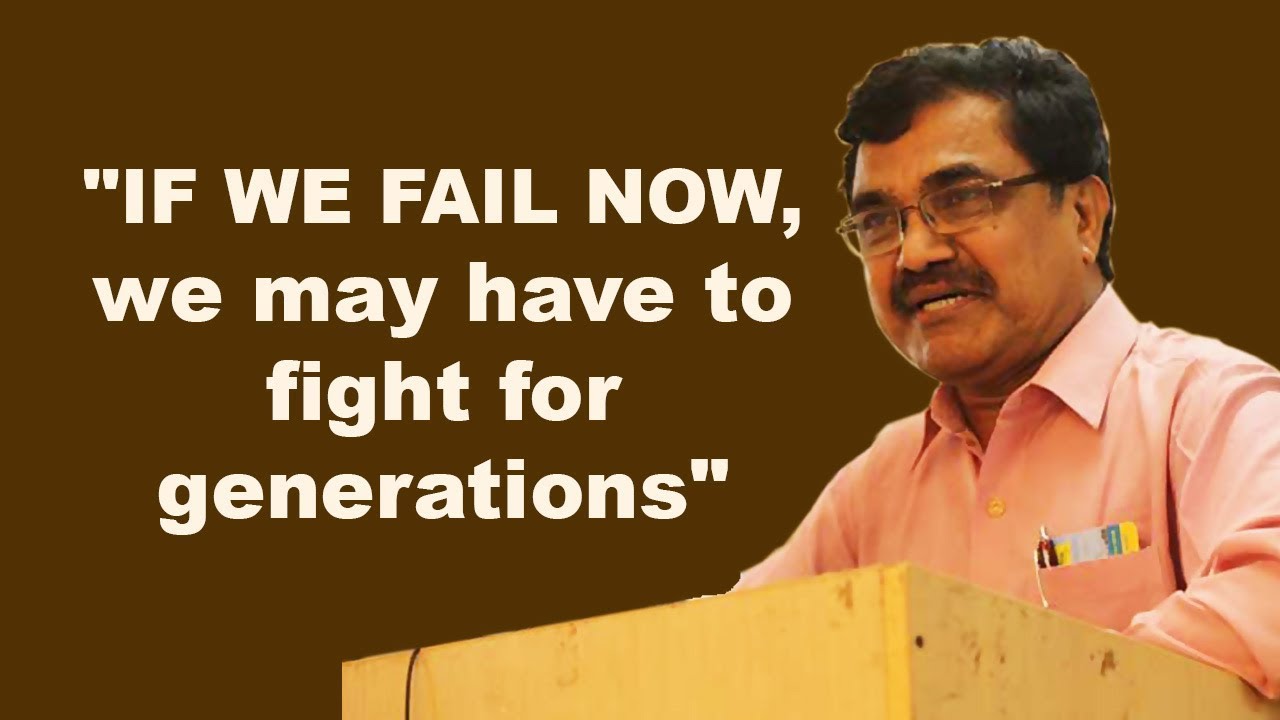 Dr. Anand Teltumbde was moved to the Taloja jail in Navi Mumbai – a place whose authorities had expressly requested the state to not send additional prisoners due to the real threat of community-spread. The COVID test performed on Anand shortly before his court appearance on 25 April has come back negative.

However, the type of test conducted and the time since last contact with the infected person in the NIA office is unknown.

A single negative report does not serve to establish his COVID positivity status. Unless the test is repeated or a confirmatory (PCR based) test is performed one cannot be sure if there is danger to his own life (given his medical condition) as well as to lives of those who he is bound to come in contact with inside the jail.
Moreover, conditions under which he is being kept, given his history of possible contact with a COVID carrier are, as yet, unknown. Not attending to these issues of personal and public health is simply outrageous.

He is not allowed to meet his lawyers, his loved ones or for that matter any other person. In fact, he is in put in solitary quarantine.
Anand was held at the NIA office in Mumbai and cooperated with questioning by the investigating officers.

During his stay, he came in contact with several of the staff at the office. As it turns out, one of them was found to have been infected by the dreaded coronavirus, making all who shared those premises potential contacts and at risk of contracting the disease. Despite this point being brought to the notice of the courts, Anand was sent to Taloja Jail.
Human Rights activists believe this is the culmination of a string of desperate attempts to silence Anand Teltumbde’s voice.

Neither the lack of substantive evidence against him (much of which has been pointed out by Anand in his letter on April 13, 2020 a day before his arrest) nor his full cooperation with investigation so far, nor the direct risk to his and other inmates’ health were considered to be sufficient enough for the court to grant him even temporary respite from incarceration.
As expected, the mainstream media are playing their part in maintaining this silence by suppressing this news just the way they have done with all the Bhima Koregaon arrestees and the countless other civil rights activists who have spent several months as prisoners simply awaiting a fair trial. Anand’s next court date is May 08, 2020.