ISLAMABAD, Pakistan: The Foreign Minister Shah Mahmood Qureshi has told the National Assembly that currently 28,023 Pakistani students are studying in China and 14,174 in Australia.

In a written reply to a question by Pakistan Tehreek-e-Insaf’s (PTI) lawmaker Nusrat Wahid, Qureshi told that the data of number of Pakistani students in China and Australia has been shared as per reports from respective Education Ministries of both the Countries.

Sharing the data of five major Countries having maximum Pakistani immigrants especially students, the foreign minister apprised the House that approximately 1.99 million Overseas Pakistanis are residing in the Kingdom of Saudi Arabia, and wherein estimatedly 25,707 Pakistani students including school going children are studying. 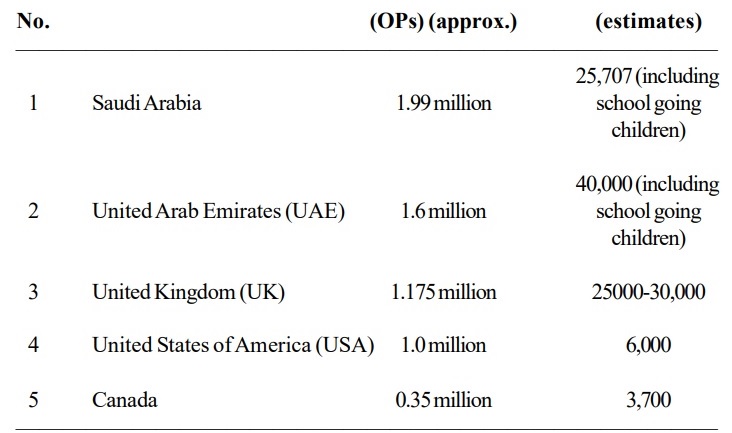 In respond to another question by PTI’s Mehboob Shah, the foreign minister told the House that there is no hospital of government of Pakistan for Overseas Pakistanis living in Saudi Arabia and UAE.

Furthermore, the minister also told the House while replying to another question by Pakistan People’s Party’s (PPP) Abdul Qadir Patel that three Pakistanis are in the custody of Croatian authorities.

The foreign minister told that Asif Gill and Anjum Waqas are imprisoned in Croatia for criminal offence while Tariq Ali is for human smuggling.

The minister further told that the Pakistani Embassy is in touch with immigration authorities of the Republic of Croatia in order to facilitate early release of these prisoners and to complete judicial process.

Qureshi also told that these illegal immigrants use Croatia as a transit Country to cross over into European Union. He said that they do not want to go back to Pakistan, and only those who express their written willingness to go to Pakistan are helped through International Organization for Migration (IOM) and, as a result of this, a number of Pakistanis have already been repatriated to Pakistan.

Mati
Mati-Ullah is the Online Editor For DND. He is the real man to handle the team around the Country and get news from them and provide to you instantly.
Share
Facebook
Twitter
Pinterest
WhatsApp
Previous article4,637 Pakistani prisoners abroad released and repatriated in last one year
Next articlePM Imran Khan to participate in Kuala Lumpur Summit 2019