Islamabad, Pakistan: “The forces of Collective Security Treaty Organization (CSTO) are on a peacekeeping mission for a temporary time period in Kazakhstan. Riots were part of a conspiracy to destroy society as there are some forces that don’t want to see a happy and prosperous and progressing Kazakhstan.  We will learn from this tragedy and rise again with more power from this difficult time”.

This was said by His Excellency Qystapa Erjan Ambassador of the Republic of Kazakhstan to Pakistan in an interview with Zaman Bajwa for Dispatch News Desk (DND) News Agency.

The detailed interview is hereunder:

Question: What happened in Kazakhstan is very concerning as Kazakhstan is a very important country in the region, what is the situation now in the country?

These groups got some internal and external help, as they are very well trained; they not only attacked Almaty but the other cities of the country as well. They are attacking city administration offices, medical facilities, fire brigade offices, civilians, and policemen. Two of our policemen were beheaded mercilessly and hundreds got injured.

They tried to seize our strategic facilities and airports, the purpose is to destabilize the institutions, create Chaos and distract constitutional order in the country.

That is the reason the president of Kazakhstan took decisive actions and ordered the security forces to crush these elements who are trying to destroy peace and constitutional order in the country.

Q: H.E, you explained the situation very briefly but who are the members of these groups, found any evidence of external forces?

A: We are waiting for this information, our president ordered an inter-ministerial investigation to know about the groups and members, some arrests are made but it is too early to name the people.  The results of these investigations will come in a few weeks and will be published.

Q: What are the key elements to stabilize Kazakhstan? Is it a coup attempt?

A: I would agree to some extent, it was an effort to distract and destabilize the country; everyone knows the security situation in the country will impact the whole region negatively. On the official level, all the neighbouring countries give positive gestures and no one is interested in this negative approach.

That is why our president decided to get assistance from the CSTO organization for peacekeeping in these difficult times. There is some suspicion for internal help, probably a reason to arrest former National Security Committee chief Karim Massimov, the investigation is undergoing on to this matter.

Q: There are some Concerns about CSTO deployment in Kazakhstan from the western countries?

A: CSTO forces are on a peacekeeping mission for a temporary time period. These forces are protecting our strategic facilities and it’s a matter of a few weeks. All anti-terrorism operations are conducted by Kazak armed forces and there is no involvement of CSTO  forces in clearance operations.

Q: Is there any news of the attack on Kazakhstan’s economic installation or oil fields?

A: As I mentioned already that the main purpose of such attacks is to destabilize the security situation and distract normal life in the country. There are no such attacks on strategic locations, the target was civilians, medical facilities, local administration offices, and they tried to seize the national broadcasting centre of the country but our armed forces did a great job to protect them.

Q: There are some voices in the west about the Russian role in the region, how do you see Russia as a neighbouring country?

A: Kazakhstan and Russia are strategic partners and we are members of The Eurasian Economic Union (EAEU), CSTO, and many other regional bodies. We have good working relations, time to time faced some issues but both countries believe in resolving the matters by dialogue and successful in that. Kazakhstan believes in multi-vector and multilateral foreign policy, we have collaborations for peace with the EU, USA, China, and other countries in the region.

Q: What has gone wrong or changed in the country, regional countries took Kazakhstan as a role model for development in past?

A: It is a very important question, during the last three decades the people of Kazakhstan live very peaceful and there is no ethnic or religious issues in the society, the people of Kazakhstan believe in harmony and coexistence. It is a conspiracy to destroy our society as there are some forces that don’t want to see a happy and prosperous and progressing Kazakhstan.  We will learn from this tragedy and rise again with more power from this difficult time.

Q: How do you see Pakistan Kazakhstan Bilateral relations?

A: Pakistan is a very important country in the region and we have brotherly relations. I received many messages of solidarity and condolence from the public and officials regarding the current situation. We cooperate in government to government and business to business relations. There is great potential regarding mutual interests.  Pakistan’s role is vital in regional connectivity and corridor to access warm waters as Kazakhstan is a big land lock country and vice-versa. Kazakhstan could be helpful for Pakistan in her access to central Asia and EU markets.

Pakistan and Kazakhstan are working for the Transit Trade Agreement (TTA) which will be very helpful in the smooth transition of goods on both sides and will help Pakistan focus foreign policy of central Asia. Kazakhstan is an important regional player in One Belt One Road (OBOR).

There are other avenues of a mutual corporation like cooperation on Universities, think tanks, and people-to-people contacts. The embassy of Kazakhstan Islamabad successfully organized a meetup of the top 10 think tanks of both countries to enhance intelligentsia cooperation. In the coming future the cooperation will be enhanced in many other areas, there will collaborations of national media broadcasters and private media. Direct flights will enhance the connectivity of people and cultures. 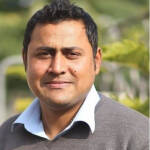 Note: The writer is Islamabad based Human Rights Activists and freelance Journalist, he can be reached at zeebajwa@gmail.com  Twitter @zamanbajwaa