ISLAMABAD, Pakistan: The Minister for Interior Ijaz Ahmad Shah has told the National Assembly that overall ratio of crimes went down in the Federal Capital due to better strategy adopted by the Islamabad Capital Territory (ICT) Police for crime prevention and detection.

In a written reply to a question by Muttahida Majlis-i-Amal Pakistan’s (MMAP) Maulana Abdul Akbar Chitrali, the interior minister told that the ratio of crime under various heads i.e. car theft, motorcycle theft, robbery, kidnapping, murder, and dacoity during the period from August 1, 2018 to September 30, 2019 with the comparative period last year has decreased. 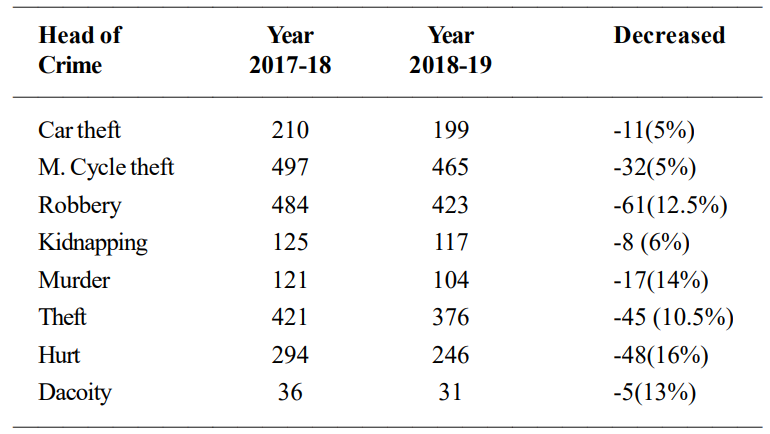 The minister further told that the total number of 29 cases of sexual abuse of male and female children were registered from August 1, 2018 to September 30, 2019 within the Federal Capital.

Ijaz Shah added that out of these cases, one accused was convicted, 24 under trial and remaining four are under investigation. He said that hectic efforts are being made to finalize these cases.

To another question by Pakistan Muslim League-Nawaz’s (PML-N) Mohsin Nawaz Ranjha, the interior minister confirmed that it is a fact that the ICT has been facing acute water shortage.

The minister said that presently Metropolitan Corporation Islamabad (MCI)/ Capital Development Authority (CDA) is supplying water about 65 – 67.00 million gallon per daily (MGD) to the residents of Islamabad on daily basis.

Mati
Mati-Ullah is the Online Editor For DND. He is the real man to handle the team around the Country and get news from them and provide to you instantly.
Share
Facebook
Twitter
Pinterest
WhatsApp
Previous articlePakistan welcomes resumption of US-Taliban talks
Next articleTwo terrorists killed by security forces in North Waziristan