The notifications of the formation of three Cabinet Committees on CPEC, Energy and Privatization have been issued by the Cabinet Division.

In the nine-member CCoCPEC, the Federal Minister for Planning, Development and Reform Makhdoom Khusro Bakhtiar has been made the Chairman. 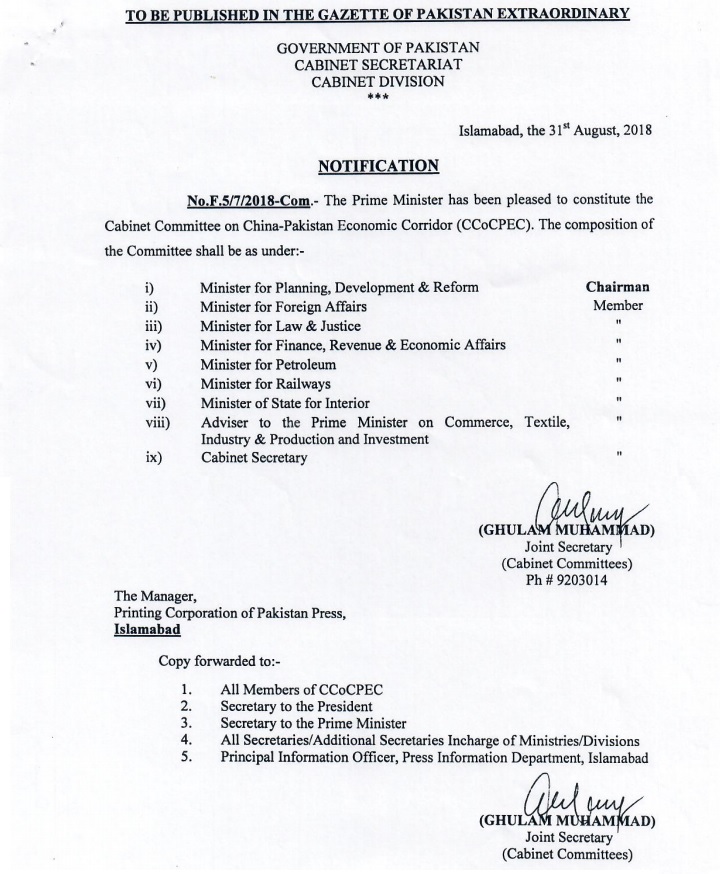 The Cabinet Committee on CCoCPEC shall have the following Terms of Reference (TORs);

Mati
Mati-Ullah is the Online Editor For DND. He is the real man to handle the team around the Country and get news from them and provide to you instantly.
Share
Facebook
Twitter
Pinterest
WhatsApp
Previous articleAsif Ali Zardari will be responsible, if PTI wins Presidential Election: Saad Rafique
Next article213th Corps Commanders’ Conference held in Rawalpindi