CPEC is an inspiration for rest of the world: Chinese Envoy

ISLAMABAD, Pakistan: The Chinese Ambassador to Pakistan Yao Jing has said that China Pakistan Economic Corridor (CPEC) is a project that is an inspiration for the rest of the world.

While making a farewell call on the Prime Minister’s Adviser on Finance and Revenue Dr. Abdul Hafeez Shaikh at the Finance Division in Islamabad on Thursday, the Chinese envoy thanked him for his support and expressed the desire to further strengthen the two Country’s relationship.

The ambassador also appreciated the strategy adopted by the government of Pakistan during the COVID-19 crisis and said that the rest of the world could follow and learn from Pakistan’s experience. 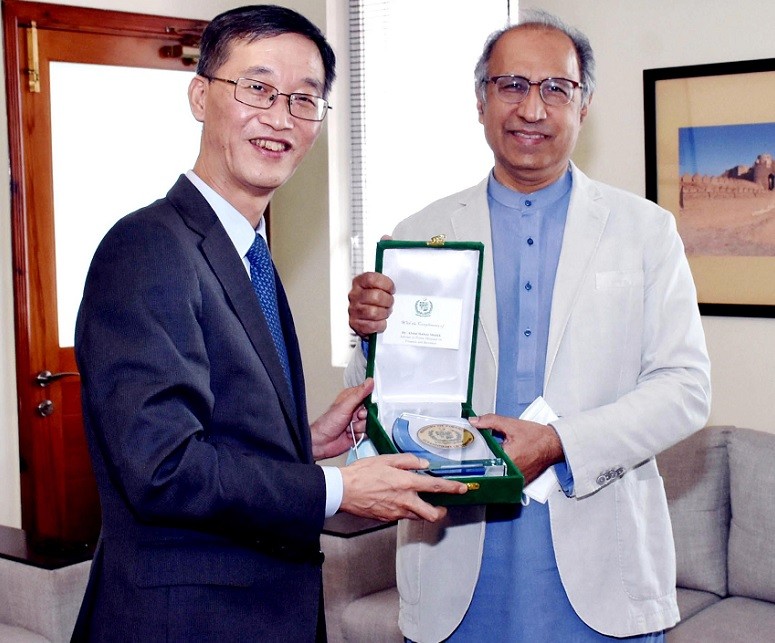 Dr. Abdul Hafeez Shaikh appreciated the commitment with which the Chinese Ambassador Yao Jing worked for the progress of the Pak-China relationship.

The adviser acknowledged the contributions of Ambassador Jing and China’s leadership for Pakistan and expressed hope that his predecessor will work on the same lines.

In the end, the adviser presented a shield to the outgoing ambassador as a token of the finance division’s acknowledgment for his valuable services and said that his successor will be welcomed with the same spirit.

Mati
Mati-Ullah is the Online Editor For DND. He is the real man to handle the team around the Country and get news from them and provide to you instantly.
Share
Facebook
Twitter
Pinterest
WhatsApp
Previous articleOPPO Reno4 Series Price in Pakistan
Next articleMushahid Hussain stresses need to explore new avenues of Pakistan-Germany cooperation