Fighting the Coronavirus is like a war. The spread of the Coronavirus has created a life-or-death crisis as a whole. As Coronavirus pandemic is going worst and global economic activities are ramping down, it is hardly surprising that emissions of a variety of gases related to energy and transport would be reduced, as researchers early results showed carbon monoxide mainly from cars had been reduced by nearly 50% compared with last year. Stopping economic activities will also reduce greenhouse gases. Levels of air pollutants and warming gases over some cities and regions are also showing a significant decline as coronavirus brought all activities including work and travel to a halt.

With aviation grinding to a halt and millions of people working from homes, the curbing of commuting, deforestation have been stopped, there is no civil war happening anywhere, the general slowdown in economies will likely have an impact on overall emissions. A range of emissions across many countries is likely following the same downward path. So, a drastic improvement has been witnessed in the atmosphere due to lockdown.

Now ships and cruise have been anchored as major tourist cruises stopped in the oceans. The dolphins and fish can easily be seen in the clear sea and the canals.

So as the dictum goes, “As you sow so shall you reap”, hence being human, I have to say with regret that the challenges currently we are facing were created by us.

China was an economic power but the effects of this economic development were not only affecting China’s environment but the world as a whole. China is the largest producer of coal-fired energy in the world. The amount of carbon dioxide emitted by China due to its dependence on coal is greater than in the United States, and it is not necessary to mention now how carbon dioxide has destroyed the Earth’s atmosphere. 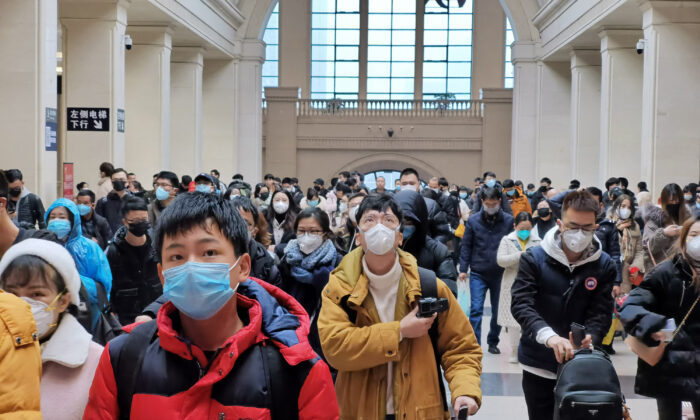 But now in the last few months, when Chinese people have been locked up in homes, millions of factories have closed and every kind of ground and air movement has stopped, an unusual decline has occurred.

In the normal days where our atmosphere is contaminated, now air quality indexes in Pakistan have shown signs of improvement in the atmosphere. Across the country, where all forms of transport are scarce and lack of work in factories and other industries, the climate of Lahore and other cities has been seen to improve. Kashmir Mountains are easily seen from Sialkot, The clear sun rays and pure drops of rain are enhancing the beauty of Islamabad, mainly due to the lockdown caused by the outbreak of Coronavirus in many cities of the country.

Do you know that climate change in Pakistan causes the death of 288,000 people every year? These deaths occur every year due to earthquakes, floods, and other natural disasters, but we are yet to take any step to address these problems. Not every time governments can be held accountable for the disaster, we as individuals must keep the environment clean for our future.

This pandemic with its bitterness and hardship forces us to think that what we are doing to ourselves. We are destroying our earth. In these days meet with yourself and ask have we ever done anything or at least thought for the benefit of someone else?

Have we done something that we shouldn’t have in the first place as we claim ourselves to be Ashraful Makhluqat? Rest assured that this lockdown will change the concept of life and the planet itself. After a few months, when things will change, we would also hopefully find ourselves changed and better.

Through the Coronavirus, nature has provided us with another opportunity to live on earth, but we as humans need to learn a lesson from it.

Mati
Mati-Ullah is the Online Editor For DND. He is the real man to handle the team around the Country and get news from them and provide to you instantly.
Share
Facebook
Twitter
Pinterest
WhatsApp
Previous article
PM Imran Khan directs ensuring compliance with SOPs against COVID-19
Next article
Interview with Turkish Songwriter Turgay Evren: Song Kashmir is My Name represents Pains of People under Occupations
Share
Facebook
Twitter
Pinterest
WhatsApp