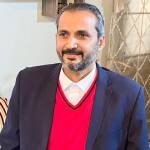 COVID-19 has been shaken the economic and social fabric of the world. It has introduced multifaceted problems and the world is struggling hard to find solutions. On one hand, it has severely impacted the health sector. It is unfortunate that almost 180 million people have been infected and more than 3.8 million have lost their life due to COVID-19.

The survivors had to suffer immensely and still, they are bearing the consequences. The Health system across the world is under immense pressure, without any discrimination of developed or underdeveloped status of the countries. Many developed countries including the USA, UK, Italy, etc. have also faced the wrath of the virus.

However, the worst effects are more prominent in developing and least developed countries. The leading reasons are, 1) lack of financial resources, 2) lack of ability to venture into vaccine production, and 3) country first approach for a vaccine. The strict implementation of intellectual property rights has further complicated the situation for developing countries. The developed world is looking at the situation, as an opportunity to inflate their profits at the cost of human health. Further, it was disturbing to note that advanced countries refused to cooperate and provide the raw material for the production of vaccine, even to close allies like India. It is against the spirit of humanity and Sustainable Development Goals.

World Bank report, Poverty and Shared Prosperity have projected that 88 million to 115 million people will be added to extreme poverty (US$ 1.90) group.

On other hand COVID-19 has jolted economies across the world, which were already under immense pressure. Before the COVID-19 world was home to 600 million poor and 820 food-insecure people. Besides, 1 billion people were without access to electricity and 2 billion were looking for safe drinking water. Further, 2.8 billion people were in search of clean sources of cooking and heating material. More than 263 million children were out of school. On top of all, the world was facing the existential threat of climate change.

International institutions have underlined that the state of affairs has been worsened with COVID-19. The economies have shrunk, and World Bank has come up with a figure of 5.2 percent contraction of global GDP. UNCTAD had underscored that foreign direct investment (FDI) has observed a shock of 40 percent reduction in 2020, which means global FDI would be less than US$ 1 trillion. It was further predicted that there would be a further reduction of 5 to 10 percent in 2021.

Howbeit, the worst impacts are observed on poverty. World Bank report, Poverty and Shared Prosperity have projected that 88 million to 115 million people will be added to extreme poverty (US$ 1.90) group. South Asia would be a major hit and bear the brunt of poverty. It was estimated that 63 percent of these extremely poor will be from South Asia. If we change the poverty line from US$ 1.90 to US$ 3.20, the number will jump to 223 million at the global level and South Asia will account for 71 percent. It is expected that the second wave of COVID-19, especially in India will increase the number of poor.

In nutshell, COVID-19 has further aggravated the problems of the world and in the post-COVID-19 era, the world is facing three specific challenges, 1) how to ensure vaccine to everyone, 2) how to put the economy on recovery mode and 3) how to ensure sustainable recovery.  The simple answer for these questions would be, cooperation, build on the principles of the win-win formula. Unfortunately, it is not happening. Leading developed countries are busy playing politics and their main concern is to check the rise of China. For example, China started to help the world by providing vaccines. But it was tagged as vaccine diplomacy and the West tried to undermine the Chinese efforts. Now, G-7 and NATO communique are further complicating the situation. As this communique is more concerned about China than COVID-19 or other challenges.

However, the circumstances are urging the world to come out of this mentality and look for ways to cooperate. For that purpose, first of all world will have to declare the vaccine as a common good and erase intellectual property rights. Developed countries will have to make sure that the vaccine would not be a source of profit.

Western block led by the USA is promoting division, which is clear from the B3W program of G-7 and NATO meeting

Rather, it would be a source of trust-building and paving the way for sustainable cooperation. Second, the best possible way to put the economy in recovery mode would be to pool the resources and work on deeper integration. There should be no unilateralism or country-first slogans. Developed countries should try to help developing countries, which will also be beneficial for the developed world through the creation of a market for Western products. Third, the situation provides us an excellent opportunity to realize the dream of a green economy and sustainable development. UN should come forward and convince countries to divert resources for green recovery according to the principles of the Sustainable Development Goals (SDGs). Global powers like China, the USA, Russia, and the EU should also play their role.

In this context, the High-Level Conference of BRI Cooperation, hosted by China is a welcome step. As the conference is deliberated on the possible ways to enhance cooperation to combat COVID-19 and find ways for sustainable recovery. China has urged all participating and non-participating countries to cooperate and work for the common good. China had put forward a strong case for the sharing of vaccine, with the core goal of humanity first. The idea of “community with shared future” was reinforced. China also assured the BRI countries that China values member countries and will do everything to help them. However, it does not mean that China will abandon the non-BRI. China has also shown resolve to adhere to principles of sustainable development and encouraging countries to apply these during the recovery of the economy.

Independent experts consider the conference as a desired and timely event. Experts especially highlighted the strong commitment of China to global cooperation and sustainable development during the testing times of history. It is contrary to what Western countries are doing. Western block led by the USA is promoting division, which is clear from the B3W program of G-7 and NATO meeting. Further, it is good to note that China is substantiating its statements by actions. For example, China has emerged as the biggest country to help the world in the fight against COVID-19 by sharing its experience and provision of vaccine. China has already supplied more than 700 million doses of vaccine. The majority of supply consisted of donations and the remaining part was supplied at concessional rates. Although China is helping all countries without any discrimination, it is putting special efforts to help the member countries of BRI.

China had also shown a strong commitment to sustainable recovery and development. In 2020, 58.8 percent of investment under BRI was for green initiatives. China is making all possible efforts to align BRI with SDGs to realize the dream of sustainable development and no one left behind. On the domestic front, China under the 14th Five-Year Plan had committed that the carbon intensity will be lower by 18 percent till 2025. Energy intensity will go down by 13.5 percent. The share of non-fossil energy will be dropped by 20 percent. Thus, it can be inferred that China will lead the way to combat COVID-19 and green recovery by practical steps.

In conclusion, it is hoped that the High Level of BRI Cooperation Conference will set the tone for cooperation and a more inclusive world.

Note: The writer Shakeel Ahmad Ramay is a Political Economist working with an Islamabad-based Think Tank. He can be reached at shakeelramay@gmail.com