ISLAMABAD, Pakistan: The Ukrainian Embassy in Islamabad has placed a Book of Condolence in memory of the victims of Kyiv-bound Ukrainian passenger plane crash in Tehran, the Dispatch News Desk (DND) news agency reported.

On Wednesday, the Ukraine International Airlines (UIA) Flight PS752 – the Boeing 737-800NG – was enroute to Kyiv from the Imam Khomeini International Airport in Tehran when it crashed near Parand, a Suburb southwest of the Iranian Capital, killing all 176 passengers including 11 Ukrainians onboard. 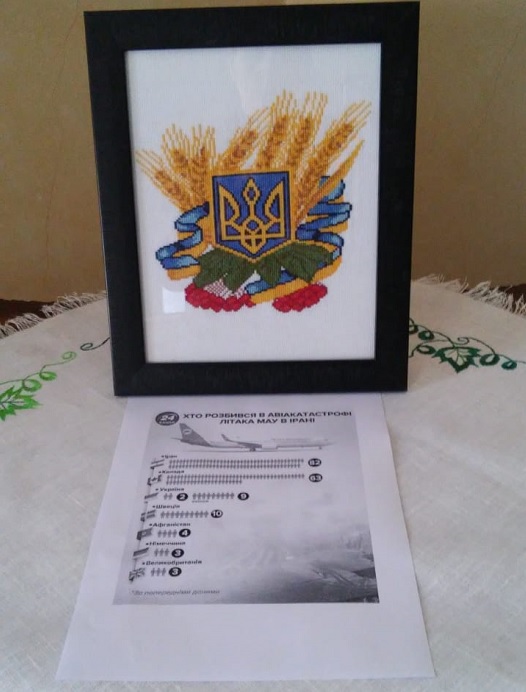 Meanwhile, the High Commissioner of Canada to Pakistan Wendy Gilmour wrote a special note of condolence on the Condolence Book.

A terrible tragedy: Canada joins Ukraine in expressing condolences to the families and friends of all of the victims of #Flight752 https://t.co/mxEk9o0OXF

Earlier in their condolences message, President of Pakistan Dr Arif Alvi and Prime Minister Imran Khan expressed their profound grief and sorrow over the loss of so many precious lives in the tragic crash of Ukrainian plane.

On behalf of the Pakistani nation, both the president and the prime minister also offered sympathies and condolences to the governments and people of Ukraine, Iran, Canada, Sweden, Afghanistan, Germany and the United Kingdom whose nationals were reportedly onboard the Ukrainian flight.

Mati
Mati-Ullah is the Online Editor For DND. He is the real man to handle the team around the Country and get news from them and provide to you instantly.
Share
Facebook
Twitter
Pinterest
WhatsApp
Previous articleHUAWEI Y9 Prime 2019 Goes on Pre-order in a 64GB Version
Next articleGuide to Apply for kamyab jawan program online | Hunarmand Pakistan |