Common Myths about Bats and COVID-19

Bats are the reservoir of viruses just as any other animal species. In fact, there are other animals that carry more viruses than bats like migratory birds, rodents, and pigs.

Looking at the largest dataset of viruses and hosts across several orders of mammal and bird, researchers found that the number of bats and rodents viruses that have infected people is proportionate to the number of species contained in those groups

Bats are the most threatened mammals due to climate change-driven global warming. Since bats have the least thermodynamic tolerance among all living mammals. This constant heat stress concomitant human’s bat conflict due to habitat destruction has contributed in a number of bat borne zoonotic diseases (Ebola, Rabies, Nipah, Hendra, SARS, etc.) emergence. It is important to note, bats do have diseases as other animals do and these diseases will transfer only if an active contact with bats and bats materials (meat, guanos, etc.) is made. 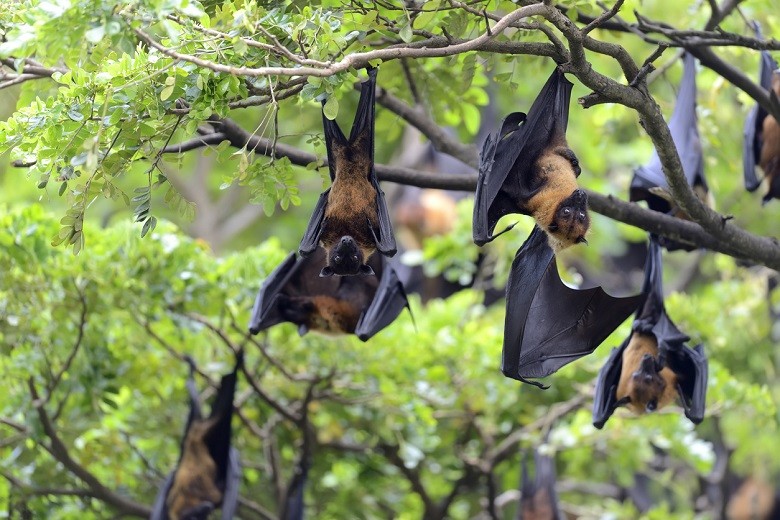 Bats have unique body physiology. They raise their body temperature as a flight mechanism, which can result in damage of virus particle (genome), that no longer remain viable to infect bats themselves.

Additionally, there are evidences that bats have an evolutionary relationship with the virus that resides in it. Which means that these viruses evolved within bats, hence, infective for bats themselves.

A recent study shows that bats can develop an anti-inflammatory stage which prevents them from these viruses, which is actually quite amazing because it gives clues for a human line of treatment against similar viral diseases

It is totally unjustified to vilify nature’s most mysterious and beneficial wildlife species. COVID-19 is spreading through human to human transmission. This mass hysteria of blaming bats has no justification and scientific proof to support. I feel there is a need for more awareness for the public and authorities, to appreciate how important bats are, for the sustainable ecosystem and world economy.

It is highly painful as a bat researcher to see, how people are reacting to their friendliest bats neighbors. It is important to understand that bats do harbor zoonotic viruses but these viruses will not inflict harm to people until people start disturbing and poking them and continue degrading their habitats.

This panic reminds Great Plague of the 17th Century when people started killing rats in fear of plague spread. As a result, there was more intense plague afterward because flea which was vector of the disease started feeding more on dead mice.

We have reports that many countries have secret wildlife bushmeat markets like in China and some African countries where people trade bats for eating purposes. There is still a lot need to be done to change people’s behavior and abolish bat meat-eating culture and traditions around many regions of the world.

The bat fauna of Pakistan is richer and more diverse than the whole Palearctic, which is the largest biogeographic region of the world, comprising 54 species, 25 genera, and eight families.

Habitat destruction is the most serious threat for most of the bats species worldwide including Pakistan. Land use for agriculture and humans settlement have significantly reduced bats habitat across Pakistan. In addition, climate change induced global warming has further aggravated living conditions for bats particularly in South Asia. Pteropus medius is a local bats species in the Indian subcontinent which is continuously under threat from harsh summer temperature.

Mati
Mati-Ullah is the Online Editor For DND. He is the real man to handle the team around the Country and get news from them and provide to you instantly.
Share
Facebook
Twitter
Pinterest
WhatsApp
Previous articleTECNO Launches COVID-19 CSR Campaign Featuring Mehwish Hayat
Next article40 more stranded Pakistanis repatriated from Sri Lanka