Commercial drones: A window into the future

The concept of flying cars/vehicles isn’t something unheard of or new; in fact, it has been etched into the minds of movie buffs for decades, owing to their usage in Sci-fi flicks, the mere thought of a high-tech flying car mesmerizes audiences; as something that’s innovative, unusual and out-of-the ordinary. Fast forward in 2020, the fiction is becoming a reality now, as passenger drones and flying vehicles are being manufactured and tested in several parts of the world for future deployment and usage.

One of the pioneers in this field, Zharbiz international; a consultancy firm based out of the Philippines is working to introduce drone technology, whereby offering a revolutionary solution, along with added convenience in the fields of fire-fighting, commercial travel (drone taxis), health and agriculture. Zharbiz holds the exclusive distribution rights for the famous “Ehang” drones. 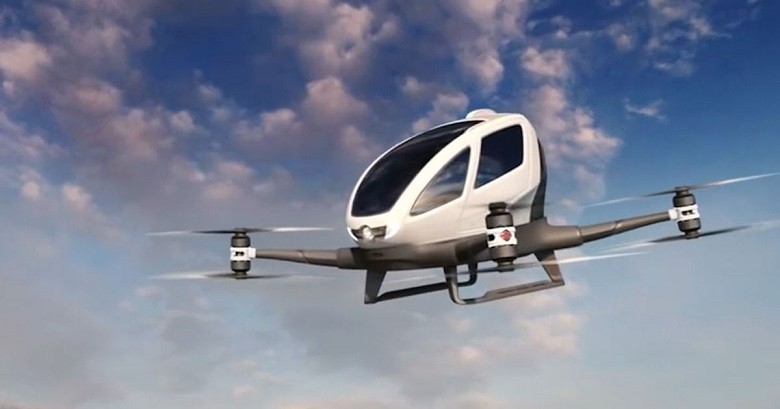 It is pertinent to mention here that Ehang is the world’s first company to receive a license to develop and operate passenger drones.

Initially, the company foresees helping the Philippines in its pursuit to modernize the country’s fire departments with the latest firefighting equipments; bringing it among the top 5 countries bearing firefighting containment expertise.

With the addition of the Ehang autonomous firefighting drone to its fire departments, the Philippines aims at deploying the drones to blazes in high-rises, located in densely populated areas, where time is critical to saving precious lives.

The 216F drone harnessing Austrian technology is able to fly up to heights of more than 1900 feet, while carrying 39.6 gallons of firefighting foam, in addition to six fire-extinguishing bombs. These drones could be auto-piloted or remotely controlled as per the requirement to reach areas before the first-responders, in case of a fire.

In addition, passenger grade autonomous aerial vehicles named Ehang AAV is able to carry two passengers and is operable from a central command and control centre, also, it can fly non-stop up to 35 kilometers with a full load, at speeds exceeding 120 km/h.

The AAV makes use of 4G/5G technology to communicate with the control centre. Able to take-off and land vertically, the AAV makes use of electrical power of 220V or 380V to fully charge itself in 60 minutes, thus playing a part in reducing harmful emissions.

The project, currently in deployment mode in the Philippines, could also be replicated in Pakistan, in large metropolitan cities such as Lahore and Karachi, where both firefighting response rate could be drastically improved, and load on the roads could be reduced, saving precious time and finances, it would also help in lowering the carbon footprint of Pakistan, helping amid the government’s plans to curb pollution and towards the goal of a clean and green Pakistan.

Mati
Mati-Ullah is the Online Editor For DND. He is the real man to handle the team around the Country and get news from them and provide to you instantly.
Share
Facebook
Twitter
Pinterest
WhatsApp
Previous articleAyeza Khan Looks Regal In This Winter Collection Photoshoot
Next articleSarah Khan Is Teaching Her Beau Falak Shabbir Something Special