During the meeting, matters related to enhanced security/training cooperation and measures to further expand joint military ties between the two armies were discussed.

The COAS said that cooperation between both Pakistan and Russia will not only help in improving peace and stability in the region but will also usher economic prosperity. He said that Pakistan does not believe in zero sum games but rather, integration and cooperation. 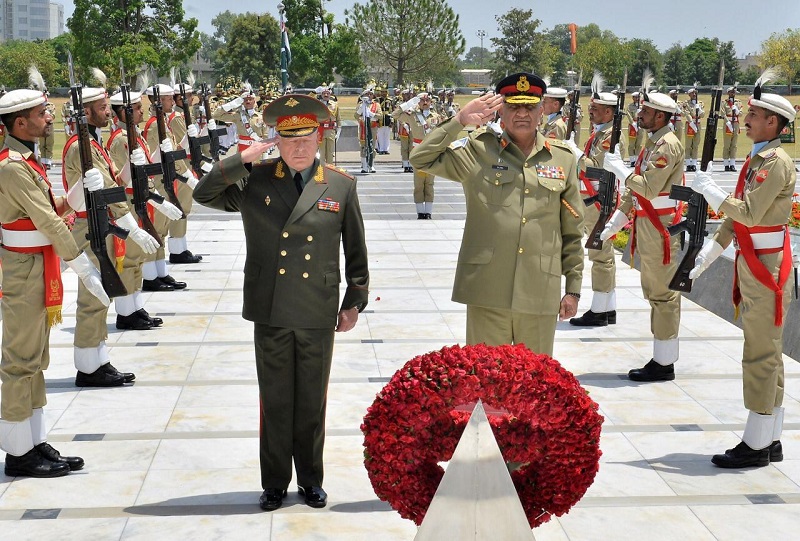 The visiting dignitary appreciated Pakistan Army’s professionalism and achievements in war against terrorism.

General Oleg Salyukov said that the world should appreciate more what Pakistan has achieved. He also expressed the Russian desire to forge strong and broad based relations with Pakistan.

Earlier, on arrival at GHQ, the Commander in Chief Russian Ground Forces laid floral wreath at Yadgar-e-Shuhada. A contingent of Pakistan Army presented the guard of honour to the visiting dignitary.

Mati
Mati-Ullah is the Online Editor For DND. He is the real man to handle the team around the Country and get news from them and provide to you instantly.
Share
Facebook
Twitter
Pinterest
WhatsApp
Previous articleIndia receives US Senate’s nod to enjoy NATO ally status
Next articlePakistan conveys schedule for 2nd meeting on Kartarpur Corridor to India