RAWALPINDI, Pakistan: The Chief of Army Staff (COAS) General Qamar Javed Bajwa on Tuesday said Pakistan would continue to strive towards a more interconnected and interdependent region as against a security centric paradigm.

The COAS made these remarks when the Chinese ambassador to Pakistan Sun Weidong met him at army’s general headquarters in Rawalpindi to bid farewell at the end of his tenure in Pakistan, said the Inter Services Public Relations (ISPR) in a press release.

The ISPR said matters of mutual interest including regional security issues were discussed during the meeting. 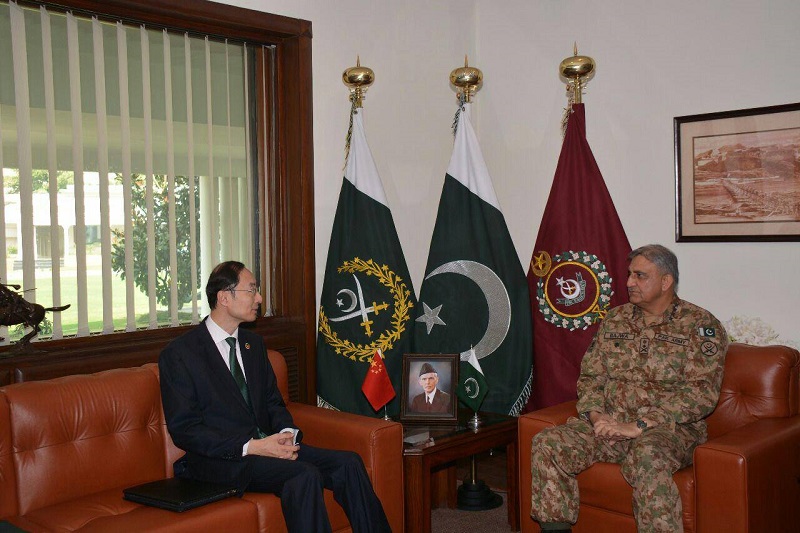 The visiting dignitary acknowledged and appreciated Pakistan army’s contributions for peace and stability in the region and pledged to keep working for better relations between two friendly Countries.

In his remarks, the COAS thanked the outgoing Chinese ambassador for his contributions for further boosting Pakistan-China cooperation.

Mati
Mati-Ullah is the Online Editor For DND. He is the real man to handle the team around the Country and get news from them and provide to you instantly.
Share
Facebook
Twitter
Pinterest
WhatsApp
Previous articlePakistan to receive $800 million from ADB for enhancing connectivity, trade
Next articlePML-N to form government in KPK after polls: Awais Leghari